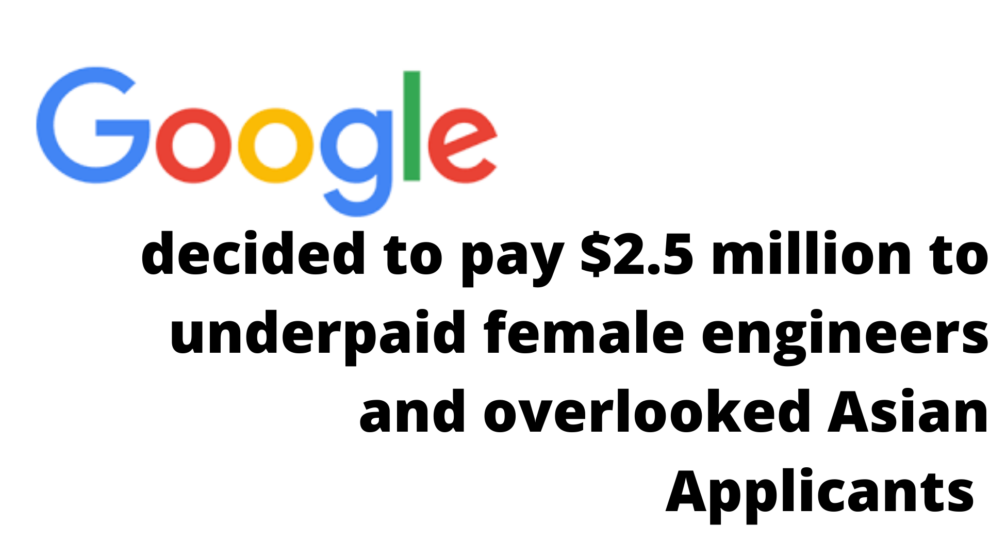 Google has agreed over the fact that females employees and Asian participants impacted by alleged systematic pay and hiring unfairness and finally consents to pay $2.5 million to 5500 employees. It also identified “hiring rate differences that disadvantaged female and Asian applicants” for Google engineering positions.

Furthermore, Google will also handover $1,250,000 for pay-equity adjustments, for a total of $3.8 million to settle this issue. Finally, after years of conflict between Google workers and management, the issue will not be resolved soon. More than 20 thousand employees protest against companies handling sexual assaults. A minority union is also formed by employees and contractors. In the start, the number of members was 230, but now it has 800 members.   AWU clearly wanted contractors to be of the union, as they are typically left out of the high salaries and perks enjoyed by full-time employees.

A Google Spokesperson mentioned that “We believe everyone should be paid based upon the work they do, not who they are, and invest heavily to make our hiring and compensation processes fair and unbiased. For the past eight years, we have run an annual internal pay equity analysis to identify and address any discrepancies. We’re pleased to have resolved this matter related to allegations from the 2014-2017 audits and remain committed to diversity and equity and to support our people in a way that allows them to do their best work.”

Stay tuned for more news right with us!