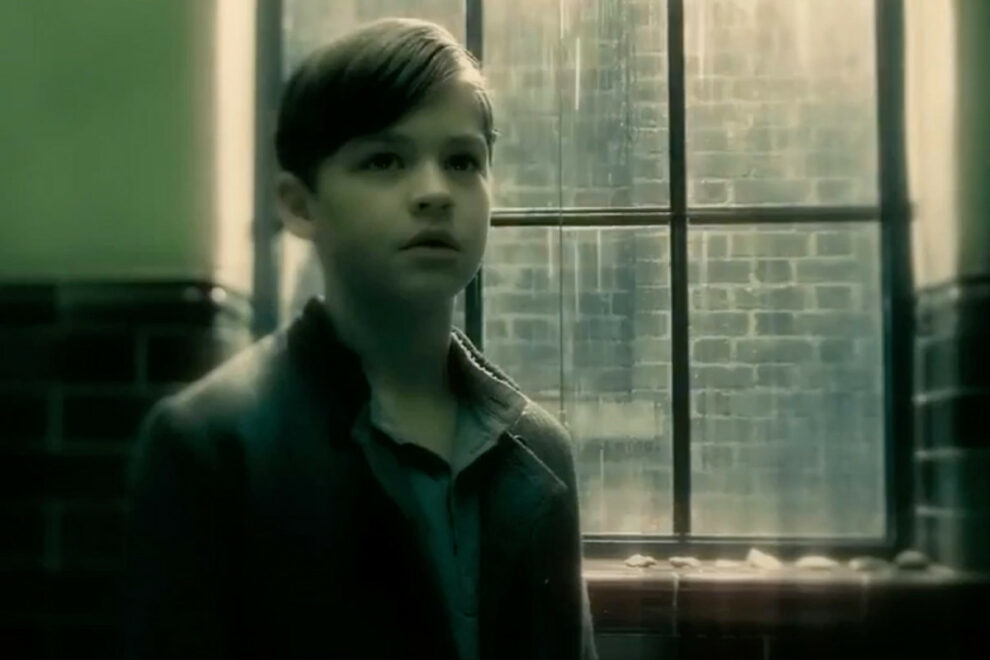 
After star Hero Fiennes Tiffin is known to fans as Hardin, the bad boy of Anna Todd’s novel series come to life on the big screen. And he’s back in the role again this weekend, when the second After film, After We Collided, premieres on demand in the U.S. after debuting abroad last month.

While the films have been such a big hit that it’s hard to separate Fiennes Tiffin from his After character now, he’s actually played another iconic role in his past. Fiennes Tiffin appeared in a different blockbuster movie franchise before his turn as one half of After‘s drama-plagued couple. That’s right, the young actor also had a role in one Harry Potter film in the early days of his career.

Whether you’re a Potterhead or an After fan — or both — here’s everything to know about Fiennes Tiffin’s Harry Potter cameo:

WHEN WAS HERO FIENNES TIFFIN IN HARRY POTTER?

Long before his starring role in 2019’s After, Fiennes Tiffin scored a part in 2009’s Harry Potter and the Half-Blood Prince, the sixth film in the fantasy series. He was cast in the movie as a Young Tom Riddle, appearing in a flashback as the young version of the man who eventually became Voldemort.

HOW OLD WAS HERO FIENNES TIFFIN IN HARRY POTTER?

Fiennes Tiffin was likely between 11 and 12 years old when he appeared in Harry Potter and the Half-Blood Prince. He was born in 1997 and the film came out in 2009, when he was 12. The young actor also had a family connection on set of the film thanks to his uncle, Ralph Fiennes, who plays Voldemort in Harry Potter. When asked by Elle Magazine what it’s like to share a famous last name with his filmmaker family (which includes uncle Joseph Fiennes, plus his director mother Martha Fiennes and cinematographer father, George Tiffin), he replied, “That is a good question. I don’t think of it as a pain in the ass. I think of it as a blessing.”

WHAT OTHER MOVIES HAS HERO FIENNES TIFFIN BEEN IN?

Aside from his roles in both After films and his Harry Potter part, Fiennes Tiffin has a bunch of other acting credits to his name. Since his first role in 2008’s Bigga Than Ben, he’s appeared in shows like The Tunnel, Safe and Cleaning Up, and the film The Silencing. He was also featured in a 2017 short from Erdem and H&M titled The Secret Life of Flowers.

Where to watch Harry Potter and the Half-Blood Prince

Where to watch After We Collided