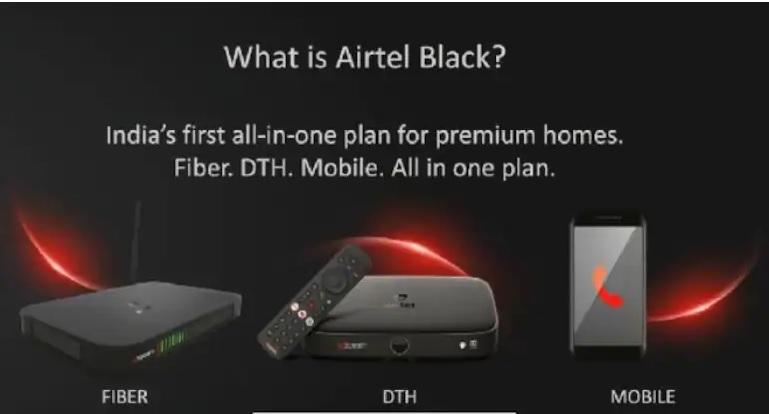 Airtel has made four plans live as of now. Customers will also have the ability to either create their own Airtel Black plan by choosing any two or more of the services they have from the operator or pick a pre-structured Airtel Black fixed plan that starts from Rs. 998.

The two higher specs plan Airtel Black 1598 Plan and the Airtel Black 2099 Plan get you two postpaid mobile connections with 105GB of data along with unlimited local and national calls.

It also provides the Xstream broadband service with up to 200Mbps speeds and a bundled landline with unlimited local and national calls too.

If the user doesn’t like the fixed plans. Airtel also allows you to create your own Airtel Black plan by bundling any of its two or more services that you have. However, the program doesn’t apply to Airtel prepaid connections.

Airtel also promises to provide a priority service that will connect you to a customer care representative within 60 seconds of calling. Further, Airtel Black users are claimed to have no TV service disconnection, priority resolution of complaints, and free service visits.

Airtel will also provide the Xstream Box set-top box to Airtel Black customers at a refundable amount of Rs. 1,500.

To get an Airtel Black fixed plan or bundle any two or more of their Airtel services, users just need to give a missed call on 8826655555. Airtel will also allow the changes directly through the Airtel Thanks app.

Further, customers can visit their nearby Airtel store to get on the Airtel Black program.