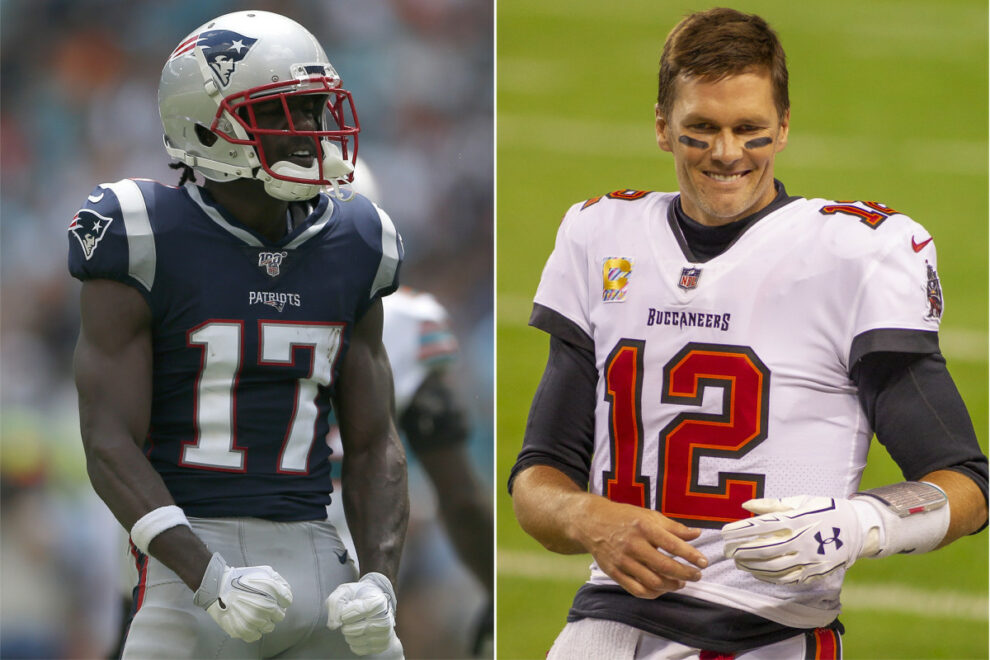 
Antonio Brown and Tom Brady are together again.

The free agent receiver and the Buccaneers agreed to a one-year contract, ESPN reported Friday night. The details still need to be worked out, and Brown will have to pass the NFL’s coronavirus protocols, but he can debut with the Brady-led team as early as Week 9, a Sunday night game against the Saints on Nov. 8. Brown’s eight-game suspension this season for multiple violations of the league’s personal conduct policy will be up after Week 8.

Brady and Brown were teammates for one game in New England last season, against the Dolphins, in which the receiver caught four passes for 56 yards and a touchdown. The six-time Super Bowl champion Brady pushed to bring Brown to Tampa Bay, according to ESPN.

Brown joining the Buccaneers was shot down back in March by head coach Bruce Arians. At the time, Arians said the controversial Brown signing with the team was “not gonna happen” because “it’s not a fit here,” even with Brady coming in. That sentiment appears to have changed with the Buccaneers (4-2) leading the NFC South and having eyes on a Super Bowl run.

Brown will join an offense that already has receivers Chris Godwin and Mike Evans, as well as tight end Rob Gronkowski.

Tampa Bay was not the only team trying to court Brown. The Seahawks were also reportedly in the mix. Brown worked out with Seattle quarterback Russell Wilson this summer. The early MVP candidate has gotten to know the former Steeler and Raider well and believes he deserves a second chance.

“I think Antonio definitely has taken those steps [in the right direction], and like I said, nobody’s perfect,” Wilson told reporters Thursday. “From the conversations I’ve had with him, he’s really been remorseful, and he’s been humbled along the way. Like I said, I pray that he can continue to grow, just like anybody.”

Brown forced his way into a trade from the Raiders to the Patriots last season and was eventually cut after one game by New England as more criminal allegations arose. The NFL is still looking into allegations against Brown of sexual assault, on three separate occasions, made by his former trainer in a civil suit. The 32-year-old former Pro Bowler was also accused of sexual misconduct by an artist and pleaded guilty to a felony burglary with battery charge and two lesser misdemeanor charges stemming from an incident with a moving truck company.