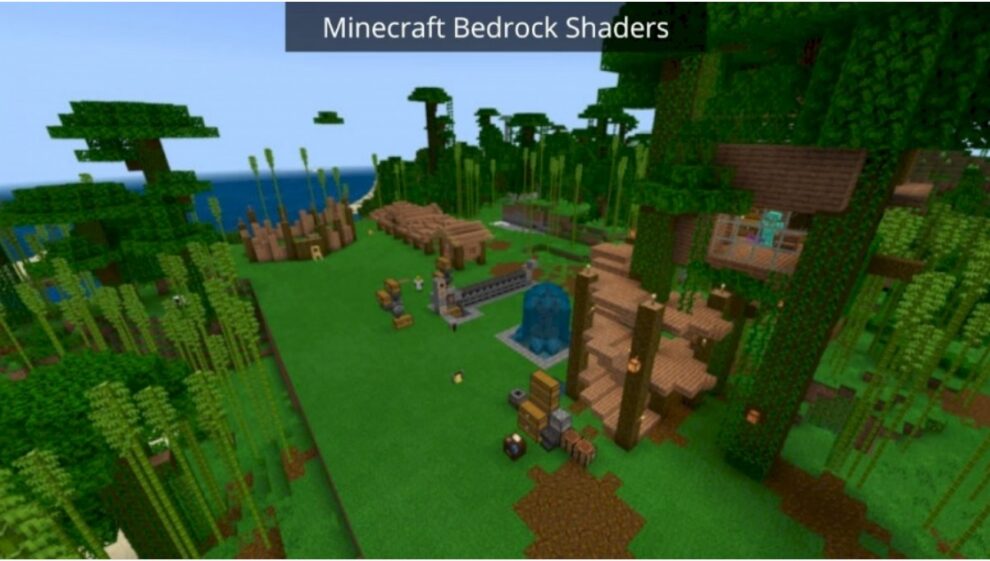 Minecraft has become the most loving game since 2014. Minecraft Shaders is a type of mode that most of the players use to make the game breathtaking. There are many Minecraft Shaders available on the internet. All these Shaders are slightly different from each other in terms of features. For the ease of our readers, we have come up with the list of 5 Best Shaders for Minecraft bedrock Edition in 2021.

5 best shaders for Minecraft Bedrock 1.16 that players can try out

When you scoured the Internet for Minecraft Shaders, you will get countless options. Some of the Shaders require a computer with high specs while others require limited resources. Some shaders only include slight shadows, while others include motion blur, animated leaves, beautiful skies, and more. People can choose it as per their preference. Spice up your gaming experience with these Minecraft shaders.

Shaderless Shaders is a Minecraft Bedrock shader pack that is ideal for devices with limited specs. Shaderless Shader is only 4 MB in size, so it will take a little space.

It is loaded with many incredible features that include changes to water depending on nearby blocks and depth, custom stained glass, gorgeous oceans and shores, warm lighting, blue skies and clouds, custom weather particles, and blue fog. This Shader works with all the devices smoothly.

Besides this, there are many experimental elements that players can choose to enable or disable. The only downside is that this powerful shader wouldn’t work in low specs devices. This shader only works in mobile and Win10 editions of Minecraft. Right now, there is no Console version of this shader available.

Players of Minecraft Bedrock Edition with not strong computers do not fret. Olesik Shader is a great shader pack for you. Even the players with weaker devices can enjoy the taste of Shaders through Olesik Shaders. It provides beautiful looks to the game.

So if you are using Shaders for the first time, we recommend you to go with Olesik shader.

Reflex PE Shaders is one of the great Minecraft Shader for low spec devices. What’s unique about our shader? Well, it is the only shader that has realistic shadows and a realistic sky and still can maintain a stable framerate.

These shaders are very simple but have really nice features that make Minecraft PE  realistic. This pack of shaders has very realistic lighting, sky, shadows, and coloring.

Installation of this shader pack leads to change in many game stuff. Such as plants will be waving, there will be fog, sky and stars will be more colorful, etc.

How to install Minecraft shaders

Before downloading any Minecraft Shaders, it is first required to install Optifine. Optifine is an Optimization tool that makes Minecraft look nicer and run better.  Minecraft version 1.17 has just launched, and although Optifine doesn’t have a full release ready for the new update yet, it does have some preview builds.

Here’s how you can install any of the above Minecraft shader packs using Optifine for 1.17.1:

Well, this is all about Best Shaders for Minecraft Bedrock Edition. I hope you will find it informative. In case of any query, feel free to ask in the comments section below.

Keep sharing with your near and dear ones.

Also read: How to Fix the Tap to Load problem on Snapchat Within Minutes