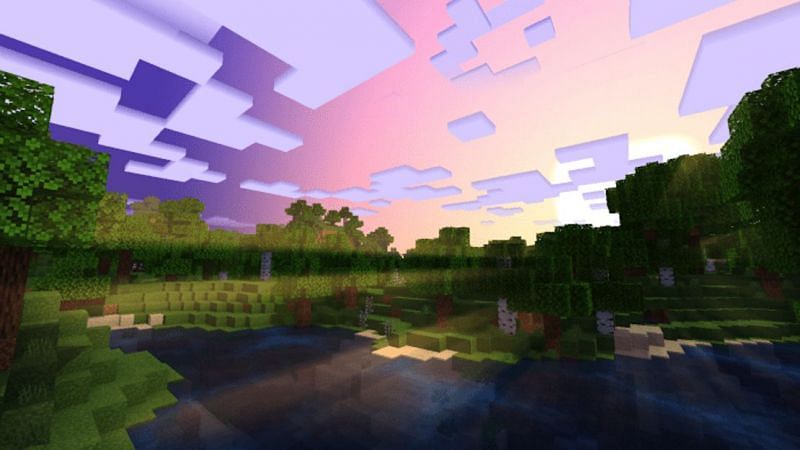 Minecraft shaders are mainly introduced to add a realistic touch to the game. These are decked up with tons of features that give an exciting experience while playing the game. Some of them include slight shadows while others feature motion blur to ignite the spark in the game.

However, the internet is loaded with a myriad of shader options that makes this simple choice a challenging task. But don’t you worry about the same as we have come up with the list of 10 best shaders to try out in 2021. Keep scrolling the page and choose an option that suits your preferences.

Want to try out shaders while playing Minecraft but don’t have the high-end PC? If so, then Olesik Shader might help you. This pack is mainly optimized for the weaker devices and works smoothly on them without any lag. Therefore, it is an ideal choice for those who don’t have a computer with super powerful specs. It includes water and plant movement, shadows, rain effects, fog, and a lot more to add a punch of excitement to the game.

How to change Minecraft Username?

Long considered as the leading standard of the Minecraft shaders, Sonic Ether’s Unbelievable Shaders is yet another thrilling choice for the players. This pack has been around since 2011 and was launched only two years after the release of Minecraft. Till present, it has released a number of different versions. This has come up as a high-end option for the players who want to enjoy different features under one roof. It includes soft natural lighting, an optional rain effect, and several others to make the game look real.

As the name indicates, Reflex PE Shaders are specifically designed for the Reflex PE bedrock. One of the best shaders for Minecraft bedrock edition, it can easily run on low-end devices. Moreover, this includes colorful tone mapping, beautiful skies, animated leaves, and beautiful sun and moon textures, and many more effects to count.

Yet another option to try out while playing Minecraft Bedrock Edition is the Shaderless Shader. What makes it worth giving a try is its small size. It is just 4MB in size and will not take much storage space. In addition to this, it includes a variety of interesting effects that gives your game a realistic feel such as warm lighting, oceans and shores, blocks and depth, custom stained glass, blue fog, weather particles, and a lot more.

This shader has been around quite for a while and is counted amongst the highly-rated shader packs by the Minecraft community. It is a performance-friendly option and comes with 3 settings – basic, enhanced, and vibrant. Each of these settings offers a different level of visual enhancements. It mainly focuses on the lighting of the game and creates a light reflection effect.

Listed amongst the powerful and best shaders for Minecraft bedrock edition, ESTN Shaders is ideally designed for high-end systems. It comes with plenty of experimental elements that players would love to enjoy. This includes a new and vibrant sky, foliage and water animations, underwater distortions, twinkling stars, and much more.

Looking for a high-performance shader for smooth gameplay? Well, in that case, Lagless Shader Mod has got your back. This is specifically built by keeping superior performance in mind and is a preferred option for those who have older or budget computers. While it cannot create as many effects as other shaders can, it does bring out the vibrancy of the colors all at a smooth 60fps.

Are you looking for the shader option that works on both the pocket edition and Windows 10 version? Look no further and try out Pisces BE shaders right away. It includes lots of exciting effects and can be used on low-end PCs as well.

The next best option to be included on the list of the best shaders for Minecraft bedrock edition is KUDA Shaders. It is one of the most comprehensive and high-rated shaders in the gaming community. This is bug-free and comes with lots of fog effects.

Last but not least, the shader you should try out is none other than the GLSL Shaders Mod. While it maintains most of its blocky texture, it distinguishes itself from the crowd by leveling up the contrast between lighting and shadow. It is also compatible with multiple mods.

Don’t wait more and pick any of these best shaders for Minecraft bedrock edition to add a hint of thrill and excitement. All of them are performance-driven and will give you a more realistic feel while playing the game. For more updates, stay connected with us!!