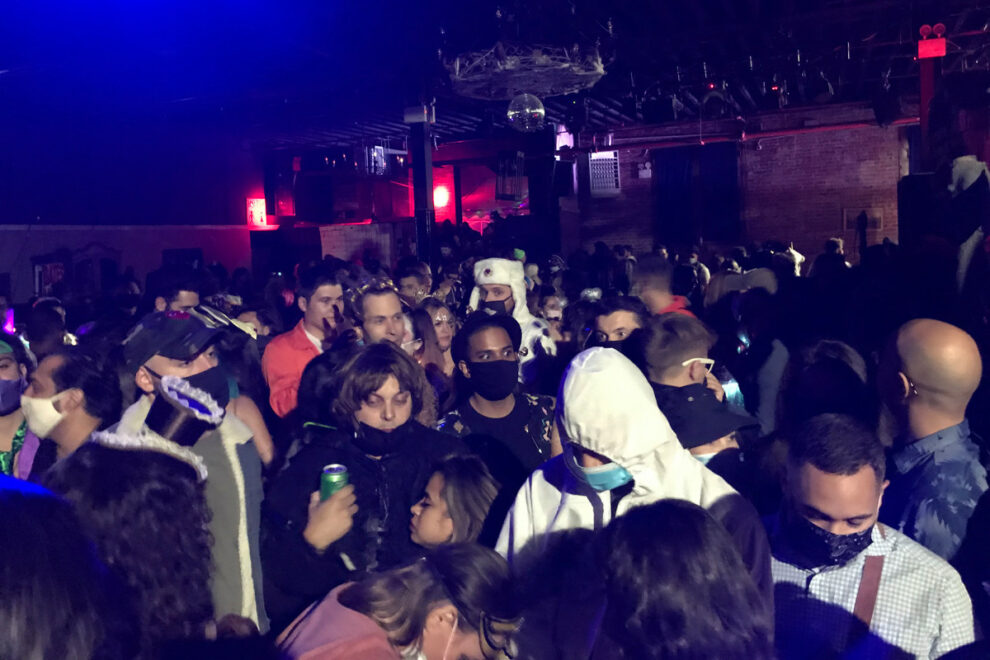 It was a mostly maskless monster mash.

Using surveillance video, the New York City Sheriff’s Department watched about 150 people enter a warehouse at 23 Meadow St. in Williamsburg before sending deputies to the scene around 1 a.m.

Inside, they found 387 people dancing — many without masks — live performers, Halloween decorations, a DJ and three walk-up bars, according to a spokesman.

Deputies shut down the bash and issued desk appearance tickets to the party organizer and eight others, including security guards, employees and entertainers.