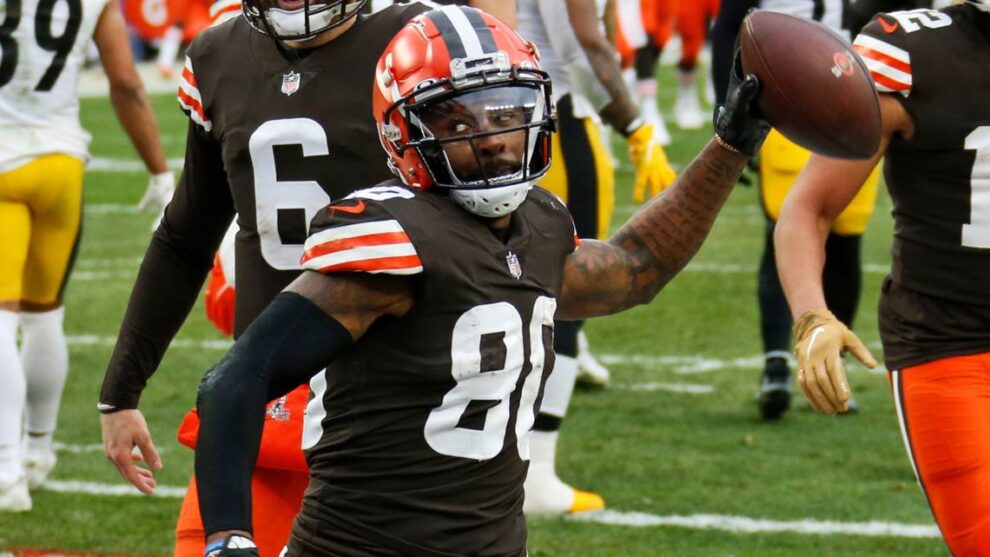 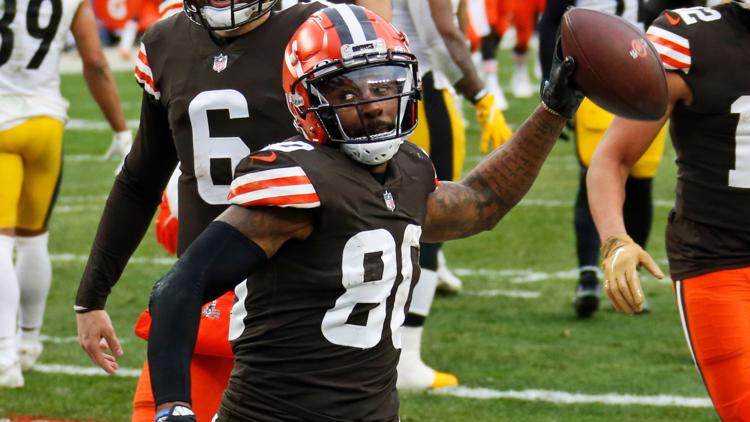 The Cleveland Browns will face the Pittsburgh Steelers in the AFC Wild Card round on Sunday.

One week removed from their playoff-clinching 24-22 victory over the Pittsburgh Steelers, the Cleveland Browns (11-5) will once again face the Steelers (12-4) in what will mark their first playoff game since 2003.

What follows is everything you need to know about the Browns’ Wild Card round matchup against the Steelers:

Game info, how to watch on TV, betting line:

Additional coverage from WKYC, WKYC.com and the WKYC app

During the game: Game airs on WKYC Channel 3. Live coverage on WKYC.com and the WKYC app.

After the game: “What’s Next” on WKYC

After the news: “Sports Tonight” on WKYC

As the Browns take the field for what will be their first postseason game in 18 years, they’ll do so not only shorthanded but without their head coach.

Due to a positive COVID-19 test, Cleveland head coach Kevin Stefanski will miss Sunday’s game, as will five Browns players, including star cornerback Denzel Ward. Pittsburgh, meanwhile, should be well-rested after sitting multiple starters, including quarterback Ben Roethlisberger and star linebacker T.J. Watt, during last week’s loss to the Browns.

Nevertheless, it’s worth noting that the Steelers struggled through their final month of the season, losing four of their final five games. Can Cleveland overcome its COVID-19-related hurdles and beat the Steelers in their own stadium? If they can, a game against the defending Super Bowl champion Kansas City Chiefs awaits.