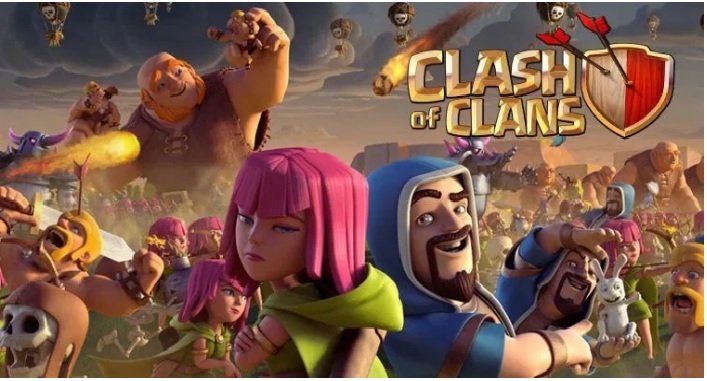 There is no official Announcement by Supercell regarding the upcoming Spring Update. But somehow some sneak peeks managed to detain Confidential information exclusively for the fans of Clash of Clans.

There are great chances that the new Townhall 14 is going to release in this Spring update. A few days ago, there were rumors that Townhall 14 will be introduced in the Summer update.

Watch out for the Hammer jam Event Announcement video carefully. One thing which we notice is that all the characters are seeming at a place with a green environment. So there is speculation that the new Townhall 14 has a theme of the jungle.

Believing in the leak images of Townhall 14 looks like an Aztec temple.

Another major leak is “Hero’s Pet”. The leaked image shows a building that looks like a dog house.

At the start, you could see three fingerprints of animals. The fingerprint looks like the print of a bird or owl. If you look at Hammer Jam’s video for evidence, you will find an owl sitting on the branch of the tree, outside the village.

Not believing in it. Well, let us move to another piece of evidence. Clash of Clans April Fools’ Day prank on April 1, the Clash of Clans accounts posted a video for ClashPetZ, a funny joke video that teased pets for the CoC heroes.

Maybe it is not a joke and all the pets shown in the video will be part of Spring Update. But Supercell has not made any statement on these leaks.

For more updates, Stay connected with us!