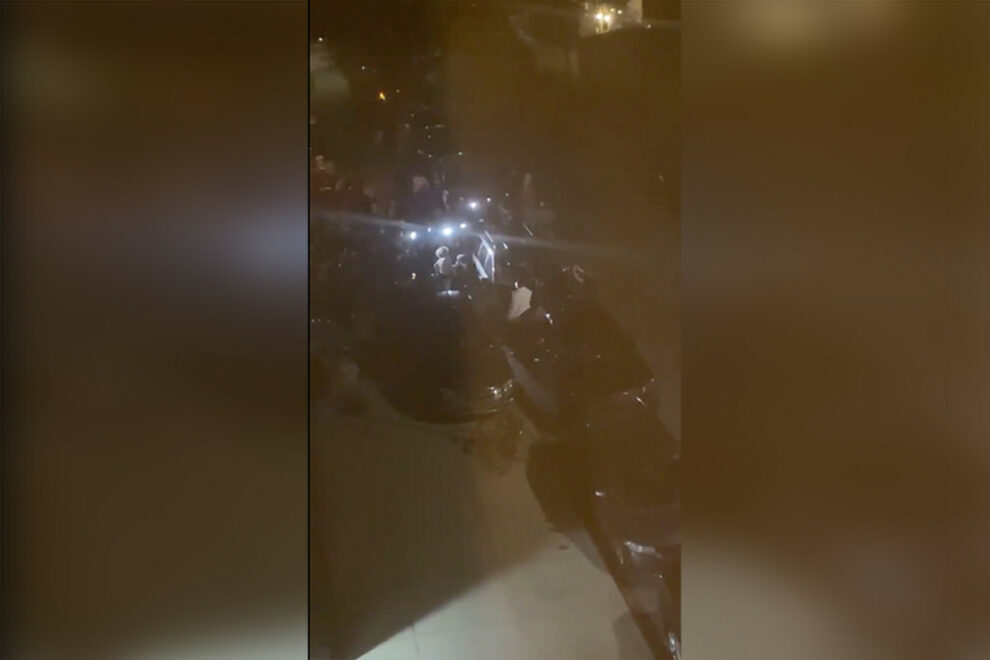 While much of the world was watching President Trump and Joe Biden duke it out at the polls Tuesday night, a pack of pugilists held a wrestling “deathmatch” on the streets of Brooklyn.

A crowd of about 25 people were spotted beating the crap out of each other outside of a warehouse on Frost Street in Williamsburg around 10 p.m., according to witness Jennifer Keene, who caught the spectacle from her window.

“I’m sitting in the living room watching the returns and I start hearing noise outside and I’m like is this election-related?” Keene told The Post.

“In non #Election2020 news there’s some kind of fight club performance happening in Williamsburg,” she later wrote on Twitter.

Videos Keene took of the event show a large crowd gathered in a circle as two men wrestle each other. One of them gets thrown against a car as the other pummels him on the head with WWE-style licks, the videos show.

Professional camera gear was set up to record the event, Keene said.

“I was hoping it was like a Black Lives Matter thing and nope,” Keene said.

“I think people are so hungry for human contact and there’s kind of an anarchist feeling these days. I don’t really know, it’s such a strange year,” she continued, trailing off.

It turns out the event was a planned show, hosted by the “King of the No Ring Death Match” Casanova Valentine, who regularly hosts the underground wrestling events in Brooklyn and New Jersey, according to a flyer for the gathering and avid fan Jamie Ciccone.

“PRESIDENTIAL DEATHMATCH!” it continues with an addendum at the bottom asking spectators to “wear a mask” and “avoid making eye contact.”

Ciccone said the wrestling laws in New York “are really tight” so the events are technically a performance but the cuts, bruises and blood spilled during the showdowns are 100 percent real.

“That’s why most of us fans go to Jersey for all of the shows,” she continued, saying the events are apparently legal in the Garden State and typically feature barbed wire and sharp gardening tools.

While the event was called an “election fraud celebration,” Ciccone said it was just a fun way to blow off steam during such a tense time.

“That was just the theme of the night, kind of let people have a little bit of fun since everything sucks right now,” the lifelong wrestling fan said.

By 11 p.m., the show was over and the crowd was cleared out.