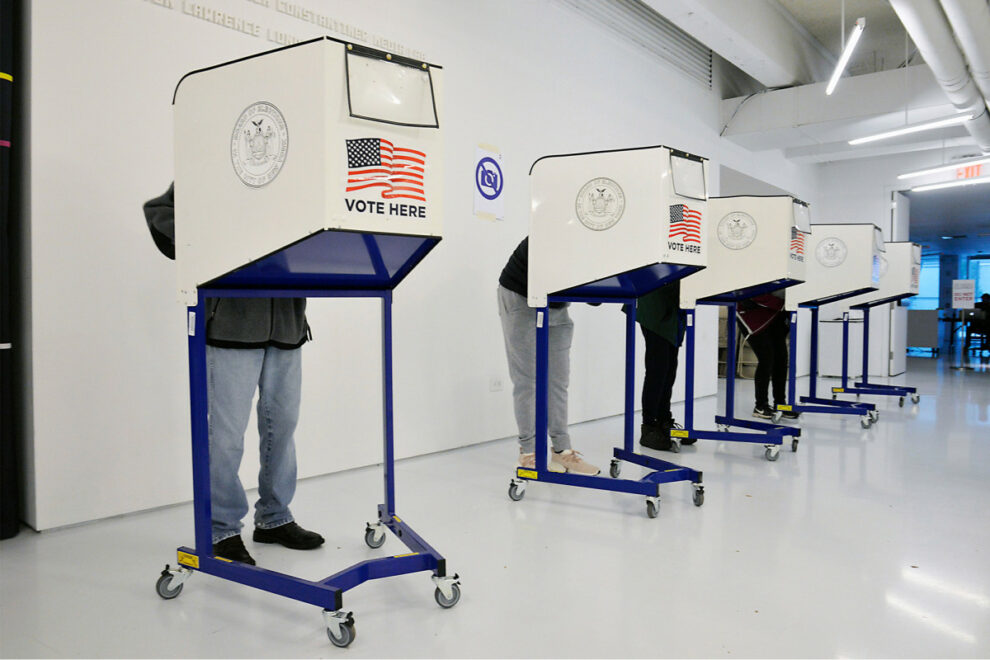 
The Post’s exposés on Hunter Biden appear to have sparked a rush of early voters seeing if they can change their mind — with New York one of a handful of states giving some that unexpected right.

More than 58.5 million have already cast their ballots, and searches for “Can I change my vote” started trending over the last few days — linked to searches for “Hunter Biden,” according to Google Trends data.

The biggest interest has come from Arizona, Tennessee and Virginia, all states that — like most of the US — only give residents one shot at the polls.

But “in some states, you can submit your ballot, have a change of heart and, and submit a new ballot,” Matthew Weil, the director of the Election Project at the Bipartisan Policy Center, told Newsy.

That includes New York, at least for those who mailed in an absentee ballot.

“The Election Law recognizes that plans change,” the Empire State’s Board of Elections says.

“Even if you request or cast and return an absentee ballot, you may still go to the polls and vote in person,” the rules state.

“The Board of Elections is required to check the poll book before canvassing any absentee ballot. If the voter comes to the poll site, on Election Day or during early voting and votes in person, the absentee ballot is set aside and not counted.”

Those who change their mind after mailing in a vote can also go to the County Board of Elections to request a new ballot to override the initial one, with the last one sent in counting.

But those who voted early in-person do not get the same second chance. “Once you’ve voted at a machine, that’s it,” a Board of Elections spokesperson told The Post. “You cast one vote and that is complete.”

Minnesota, Michigan, Washington and Wisconsin all have specific election laws allowing residents to change their minds after casting an initial vote — with those in the Badger State even getting three chances.

In a recent update, the Wisconsin Elections Commission also noted that “many voters” had been getting in contact to see how they could spoil their initial absentee ballot — something they can easily do.

“A voter, whether voting by absentee ballot in the clerk’s office or by mail, or at the polling place, can receive up to three ballots (the first two are spoiled),” the commission notes, saying it “has been the law in Wisconsin for many years.”

Michigan also has clear-cut rules allowing an early mailed-in vote to be overridden.

“If a voter has already voted absentee and wishes to change their vote … a voter can spoil their ballot by submitting a written request to their city or township clerk,” state law says.

Minnesota voters also get a chance — though not if they have left it this late.

“You can ask to cancel your ballot until the close of business two weeks before Election Day,” the office of Secretary of State Steve Simon says. If they contact the election office before then, though, they can have a new ballot mailed or vote in-person on Election Day.

Washington state also allows voters to “cancel a ballot at any time before Election Day,” said Weil, the Election Project director, with the state not counting any mailed-in votes until polling closes.