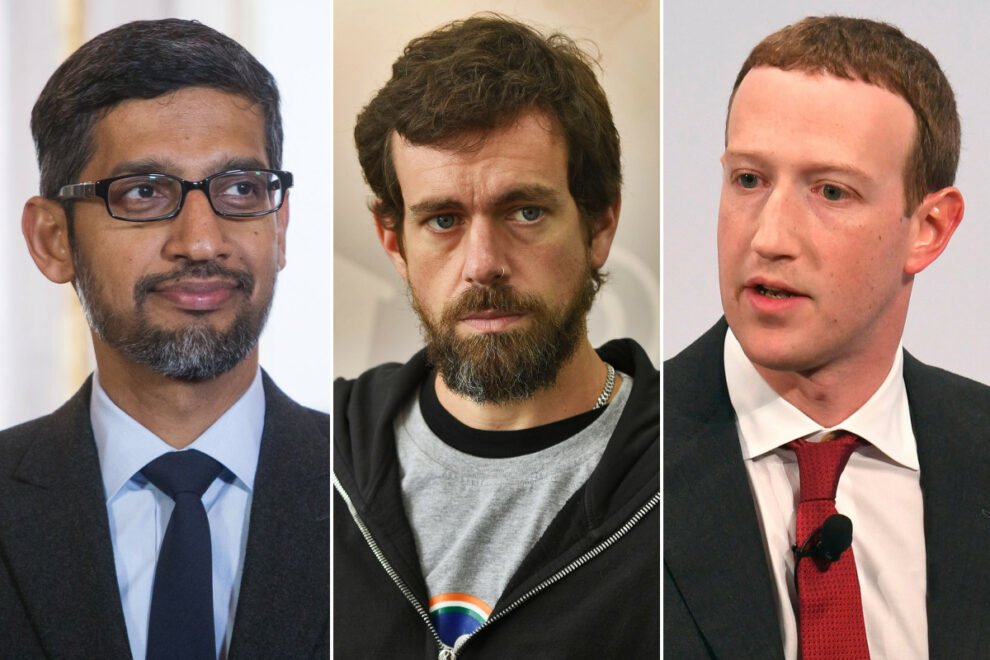 
The CEOs of three of the nation’s top tech firms — Google, Twitter and Facebook — are set to be grilled during a Senate hearing on Wednesday after coming under fire over censorship concerns, specifically for blocking The Post’s reporting on Hunter Biden’s business dealings in Ukraine and China.

They are expected to answer questions about their business practices, the blocking of The Post’s story, and rolling back liability protections the tech giants receive from Section 230 of the Communications Decency Act.

Sen. Roger Wicker, the chairman of the panel, kicked off the hearing raising Twitter and Facebook’s suppression of The Post’s story, claiming it was based on “hacked materials.”

“It is worth noting that both Twitter and Facebook’s aversion to hacked materials has not always been so stringent. For example, when the president’s tax returns were illegally leaked, neither company acted to restrict access to that information. Similarly, the now discredited Steel dossier was widely shared without that check or disclaimers,” he said.

He raised a warning that the tech companies have become too powerful.
“My concern is that these platforms have become powerful arbiters of what is true and what content users can access. The American public gets little insight into the decision-making process when content is moderated and users have a little recourse when they are censored or restricted,” Wicker said.

Zuckerberg, according to his prepared opening statement, will argue that while Section 230 needs to be changed, going too far could result in the companies being even more restrictive concerning what they publish on their platforms that could get them in legal trouble.

“Without Section 230, platforms could potentially be held liable for everything people say,” Zuckerberg explains.

But that “Congress should update the law to make sure it’s working as intended,” and that “We stand ready to work with Congress on what regulation in these areas could look like.”

Dorsey will call for “thoughtfulness and restraint” and tell lawmakers, according to his prepared opening statement, that eroding the law “could collapse how we communicate on the Internet, leaving only a small number of giant and well-funded technology companies.”

After the Post’s Biden exposé, Ajit Pai, the chairman of the Federal Communications Commission, said his agency would work to “clarify the meaning” of Section 230.

In an interview with the Sinclair Broadcast Group, Trump said the tech companies were “trying to protect” Biden, his Democratic presidential challenger, but “they got caught and that’s turning out to be just as big a story.”

Mexico Season 3 Is Coming to Netflix
Almost 800,000 kids have contracted coronavirus in US, pediatricians say