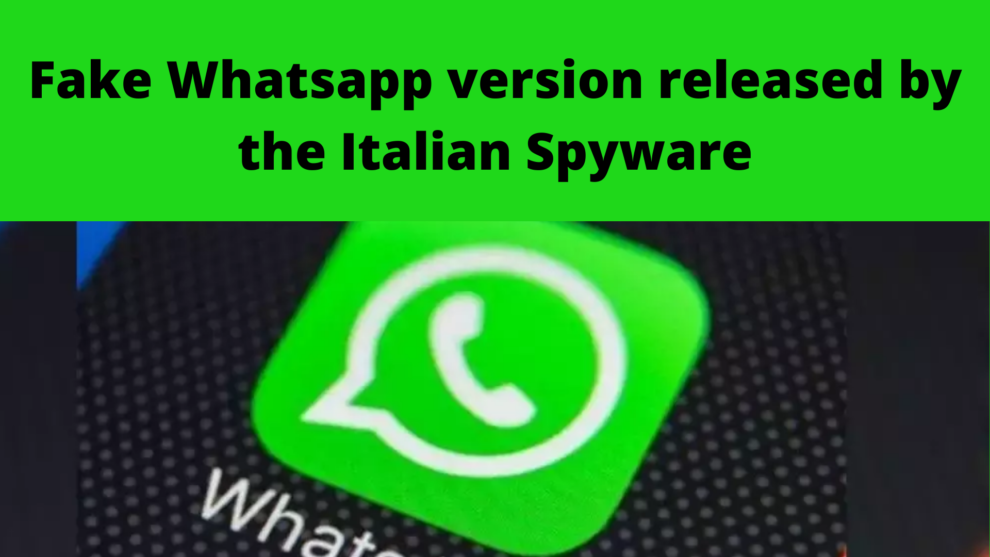 Back in 2019, WhatsApp was exploited by spyware developed by the Isreal NGO group, and this time Italian spyware is taking the turn.  According to a report, a fake version of WhatsApp for iPhone users has been made by Italian surveillance company Cy4Gate to target specific individuals. This fake version is insisting users download certain configuration files and thus hack the system. The hackers may steal your information like UDID(Unique Device Identifier) and IMEI(International Mobile Equipment Identity).

A cybersecurity research lab at the University of Toronto, Citizen Lab, worked with Motherboard to find the fake version of WhatsApp for iPhone that has seemingly been developed by Cy4Gate. The sources of the assumed WhatsApp version appeared after security company ZecOps tweeted about the discovery of attacks against users on the instant messaging app.

Motherboard reported that a site with domain config5-dati[.]com was found that was tricking users to download fake WhatsApp. Upon clicking the domain, the motherboard found that there are multiple clusters of domains available over the web. One of the domains named config1-dati[.]com. This particular domain is a phishing page that tricks users to download fake Whatsapp. The page looks so legitimate that no user can deny the fact that it’s not real.  The page has WhatsApp branding and professional graphics and gave instructions to the users on how to install a configuration file on the iPhone to get the fake version installed.

Clicking such links could be very harmful that may steal your personal information as well as account information and leave you bankrupt. Before clicking any such links, think thrice.