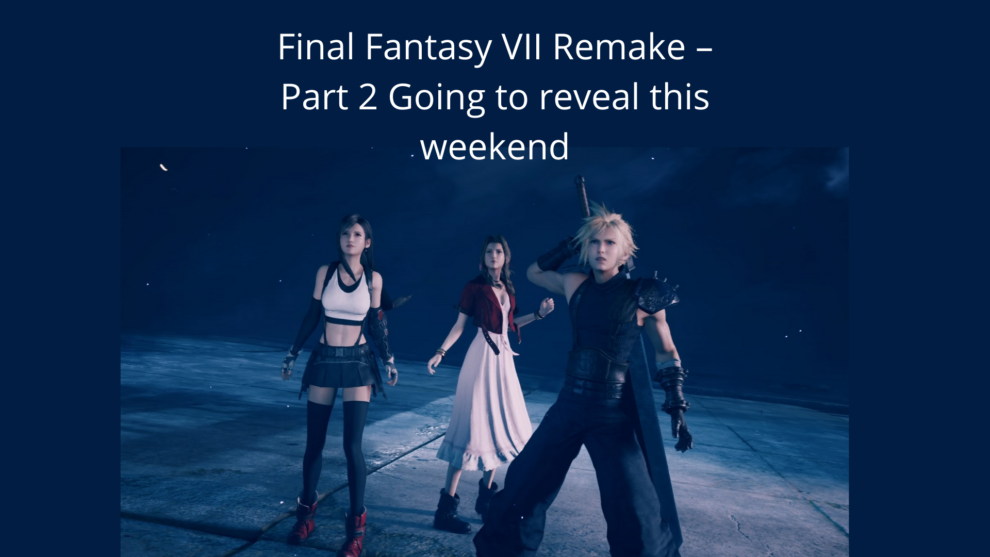 This news is going to be shared DURING AN ORCHESTRA CONCERT. The co-director of the game will reveal news related to the game during a Japanese orchestra concert this weekend, he’s said

“In addition to the performance we have a special program planned as well,” Toriyama said. “There will be a few things about FF7R that will be revealed only during this concert. I will also take part in this program, so please tune in!”

Kitase told Famitsu in December 2020 that “development for [FF7 Remake Part 2] is progressing smoothly. However, please wait a bit longer for more details.” He added, “The new world of [FF7] has only just begun. My aspirations, not just in 2021 but beyond, will be how the story will broaden from here on out. It’s so exciting that I can’t even imagine what it will be like.”

FF7R Co-Director Toriyama's message about the upcoming FF7R Orchestra Concert is VERY interesting. He mentions there will be a special small section of the concert where he will talk about some info about FF7R revealed only during the concert 👀

Here's the subs for the video! pic.twitter.com/YAZJAUufrK

The concert, FF7R Orchestra, will take place on Saturday, February 13 at 5 pm Japan Time (8 am GMT). This concert will only be available to Japanese residents who have bought an online ticket.

Hamaguchi, co-director, said: “When creating FF7R, we decided to have the entire game take place in Midgar, and we created a realistic world within Midgar.”

PS5 Restock: When You Would Be Able to Give a Hand on, Read Here

“For example, in the original game, you didn’t really have a sense of what it would look like to gaze up at the plate from the viewpoint of the slums, but we were able to visualize that in the Remake. In Part 2, we want to take that type of detail and allow users to experience how they experienced Midgar in the Remake but with the rest of the world.”

This was confirmed by the FF7 co-director and he said: “That’s correct. Unfortunately, that’s all I can reveal about Part 2 right now.”