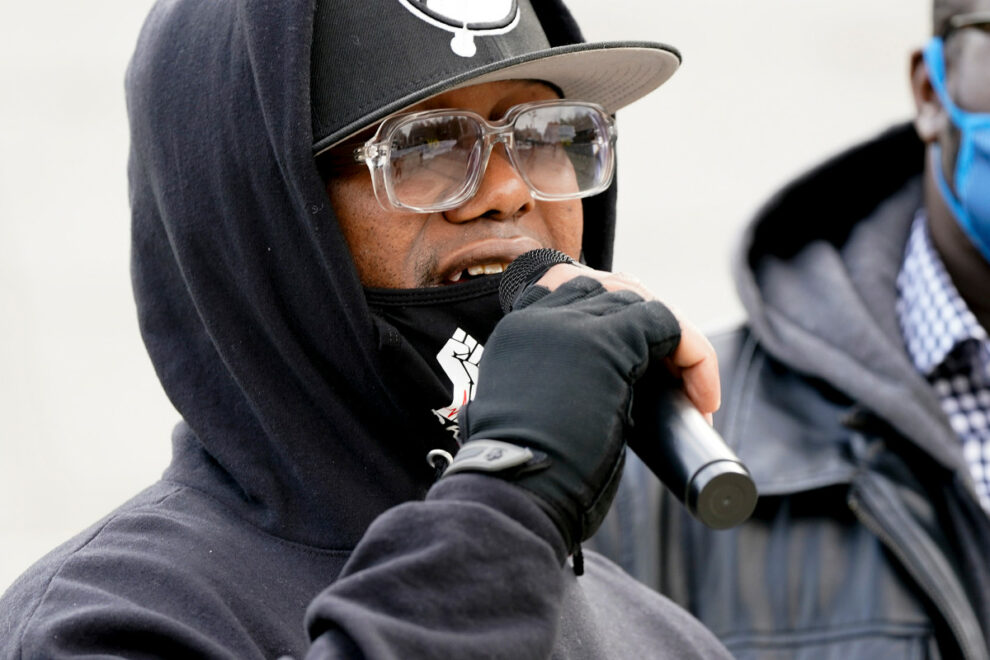 Terrence Floyd, whose brother died in the custody of the Minneapolis Police Department on Memorial Day, touching off a firestorm of demonstrations against police brutality across the country, felt the need to use his voice and remind voters change can happen at the polls.

“Ever since then, I’ve felt like he was talking to me,” Terrence said of his older brother’s death.

“He was saying, ‘Little bro, just speak for me. Walk for me. Love for me. Get these people to understand what happened to me can happen to anybody.’”

Donning a black hoodie and face mask with the words “I can’t breathe,” “Justice for George,” and “8:46” to signify the amount of time a police officer knelt on his brother’s neck until he died, Terrence drove around Brooklyn engaging with voters.

At one neighborhood polling site, voters flocked to Terrence with some asking to take pictures and others encouraging his activism.

Prior to his brother’s death, Terrence, a 42-year-old bus driver who lives in New York, led a quiet life — but his voice was loud on Election Day, as he desperately told voters to not allow his brother’s death to have been in vain.

“If you don’t vote, you cannot complain when something goes wrong,” Terrence said to voters outside of the Brooklyn Museum, which has served as a polling location.

“I’m out here to let y’all know that I voted, because I can’t talk the talk, if I don’t walk the walk.”

The New Yorker said he never “really wanted to be political and tell people who to vote for” because people have their own opinions and make their own decisions but he wants people to “wake up” and “use your eyes.”

“Pay attention to what’s going on,” he implored.

By the late afternoon, Terrence didn’t have plans to stop. He said watching the election results will feel like watching the New York Knicks play — it’s impossible to tell who’s going to win.

“I have a whole lot of emotions,” he said.

“I’m more anxious than excited. I remember when Obama was running and everybody went out. I see that same energy now. So I’m really excited to see what happens.”