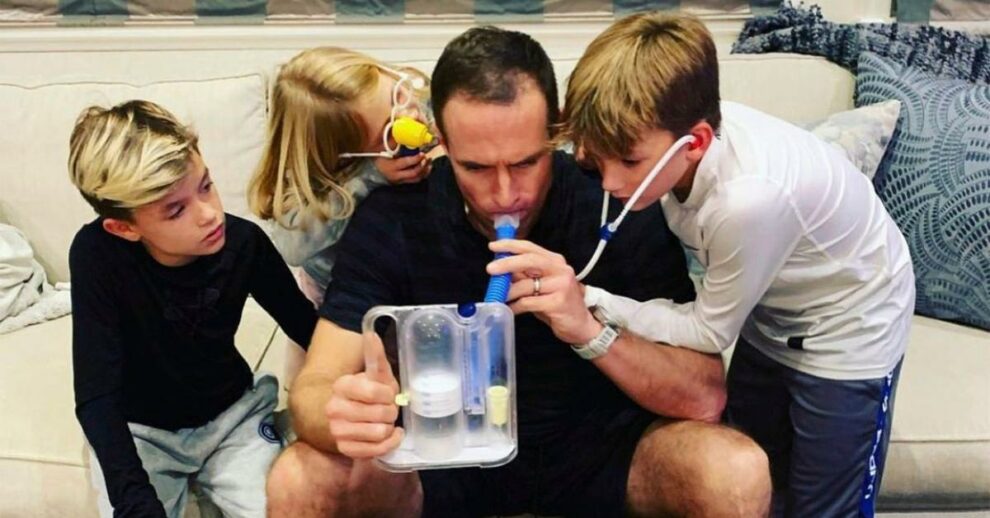 Drew was placed on injured leave after leaving the Saints’ Nov. 15 game against the San Francisco 49ers. NFL Network commentator Ian Rapoport tweeted the following day that he “entered the game with at least one cracked rib, now has multiple breaks along with a lung issue.”

That same day, Drew posted an Instagram pic of himself exhaling into a breathing device as his kids hold a toy stethoscope to his chest and a toy otoscope to his ear. “Who Dat Nation: I’ve got the best medical team in the world,” the NFL star wrote in his caption. “Will be back in no time!”

He wasn’t back in “no time,” exactly, but he did return to the gridiron on Dec. 19 after missing four games. Less than a week later, he became the first player in NFL history to reach 80,000 passing yards.

ARMY Believes BTS Is About to Drop Their Next Hit Album
The Amanda Ensing Drama, Explained