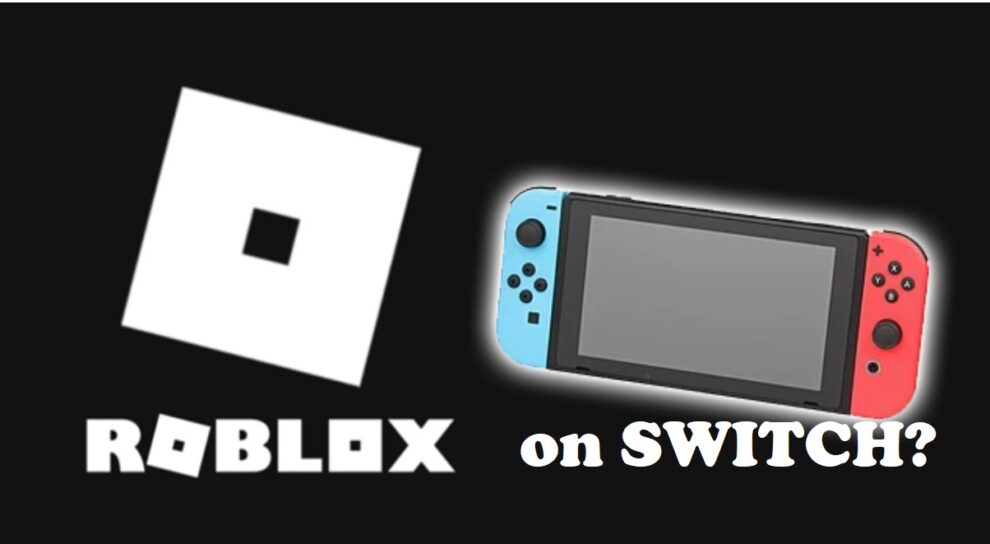 Roblox has made its availability on almost every platform. Currently, It is available on Xbox One, Mobile, and PC, and Playstation. When the game first launched in 2006 it was only on PC, six years later, it came to mobile devices, and eventually, it made the cross to console on Xbox One in 2015. Except for one platform that is – Nintendo Switch.

Many young players are wondering when Roblox is coming to Nintendo Switch? Well, Here,s everything you should know:

Is Roblox Coming To Nintendo Switch?

As of now, Neither Roblox Corporation nor Nintendo has stated their future plans of bringing Roblox to this Hybrid console. But at the starting of the year 2021, when it is asked by the Roblox Corporation’s co-founder Dave Baszucki to drop the name of the platform where the game will come in the future? His reply was – Switch.

However, the CEO of the company behind the game has said that Nintendo Switch as a platform makes perfect sense for the game. So there is a little hope that the game will make its debut on Nintendo Switch by the end of the year.

Roblox is a most successful gaming platform that contains all sorts of the game. Talking about the console, Nintendo Switch is very child-friendly as compared to other consoles. So it would be beneficial for both Roblox Corporation and Nintendo Switch to bring work out together and brings the two best things together.

The good thing is that Roblox runs pretty well on mobiles. So, it would have no problem running on Switch as it features the Nintendo Custom Tegra processor as compared to Snapdragon Qualcomm processors on Android mobiles.

Now you might be thinking that What is the reason behind Nintendo does not bring Roblox until now?

Well, Roblox is a game creation platform. So players require a browser while developing the game. On the other hand, Nintendo Switch doesn’t have a browser that players are supposed to be able to access. The switch needs some modifications in the console.

When to Expect Roblox 0n Switch?

As of now, there are no official announcements or dates provided by Roblox Corporation nor Nintendo. Recently, Roblox was released on Xbox One Series X. However, there is innuendo that Roblox developers are looking for further expansion of the game and it is expected to be released for Switch by the end of the year 2021.

Games like Roblox that you can Play on Nintendo Switch

Players have to wait a little more to enjoy Roblox On Switch. Till then, to fulfill your cravings, we are going to mention some games that you can try. These games have many similarities with the Roblox game and are available on Nintendo Switch.

Try out  Minecraft, LEGO Worlds, and especially Fortnite Creative that are great alternatives to the Roblox Games on Switch. Play Super Mario Maker 2 if you want to create some 2D Mario levels.

We have prepared a list of some mind-blowing games that are the best alternatives to Roblox and are available on Nintendo Switch. We are quite confident that these games never let you miss Roblox at all.

Like to play with blocky creatures? Well, LEGO Worlds is the perfect alternative for you. This Lego-themed sandbox game is very impressive with amazing gameplay. This game lets you create almost anything using the game’s available materials and customize your character according to your choice. With LEGO Worlds, you can polish your artistic talent. So if you had never played this game, we recommend you to play it once.

The next most popular game on our list is Fortnite. There is hardly any player who does not know about this game. Due to the Creative Mode of Fortnite, it is considered the best alternative. This mode allows you to build and play on different ‘Creative islands’ built by you as well as other users. Players can even access the creative islands by using Fortnite Creative Codes available on the web.

Minecraft is another big name in the gaming industry. This game is very much similar to the Roblox. Minecraft is available on Switch, so you can enjoy it on your favorite console. People can play both the Survival as well as Creative mode. There are a lot of things to do in the Minecraft. So give it a try at least once.

Well, this is all about Roblox on Nintendo Switch. Roblox will release on Switch sooner or later. We are here to share all the latest news with our readers. You just need to stay connected with us.

How do you like the article? Do let us know in the comments section below.