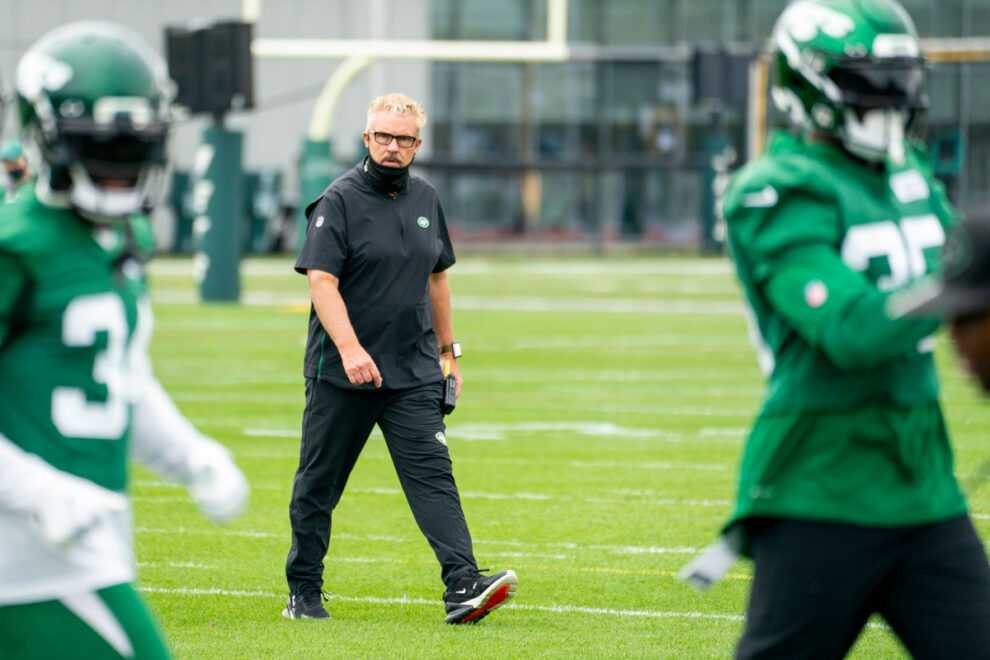 
After taking a veiled shot at the Jets’ offense last week while speaking with reporters, defensive coordinator Gregg Williams dismissed the notion that his comments caused a stir between himself and head coach Adam Gase.

“Coach Gase and I are great friends,” Williams declared on a Zoom call Friday after practice. “We’ve been that way, we’re on the same page, we talk about all those things. That thing is no thing.”

With the frustrations of their sixth-straight loss of the season weighing on him after the Jets got blown out 24-0 by the Dolphins this past Sunday, Gase asserted that he “wasn’t happy” with how Williams essentially deflected the blame for the team’s struggles and directed it elsewhere.

To add fuel to the fire, television cameras caught Gase and Williams in the midst of what appeared to be a heated conversation on the sidelines prior to Sunday’s loss.

“A lot of it is not all defensively,” Williams said last week of how his group allowed 161 points in five games.

Pressed on who was responsible, the second-year Jets defensive coordinator said, “You’ll have to figure that out.”

At first, Gase attempted to downplay Williams’ comments, saying, “He was trying to talk about complementary football, all three phases playing together.” But eventually, Gase called a meeting with Williams to discuss the matter and felt like things were resolved after their talk.

When asked Friday if he regretted anything he said, Williams continued to imply that the whole situation was blown out of proportion. Given the opportunity to acknowledge that his comments may have come off as divisive, he urged reporters to “get onto the next thing… it’s not an issue, it’s not anything.”

“I always take a look at all those things but you know, here’s the deal, I know who we are, I know who the head coach and I are and the players know that too,” Williams said.

Nearing the midway point of their second season working together, Gase and Williams continue to navigate their coaching dynamic. However, Gase continuously asserts that he and Williams are on the same page.