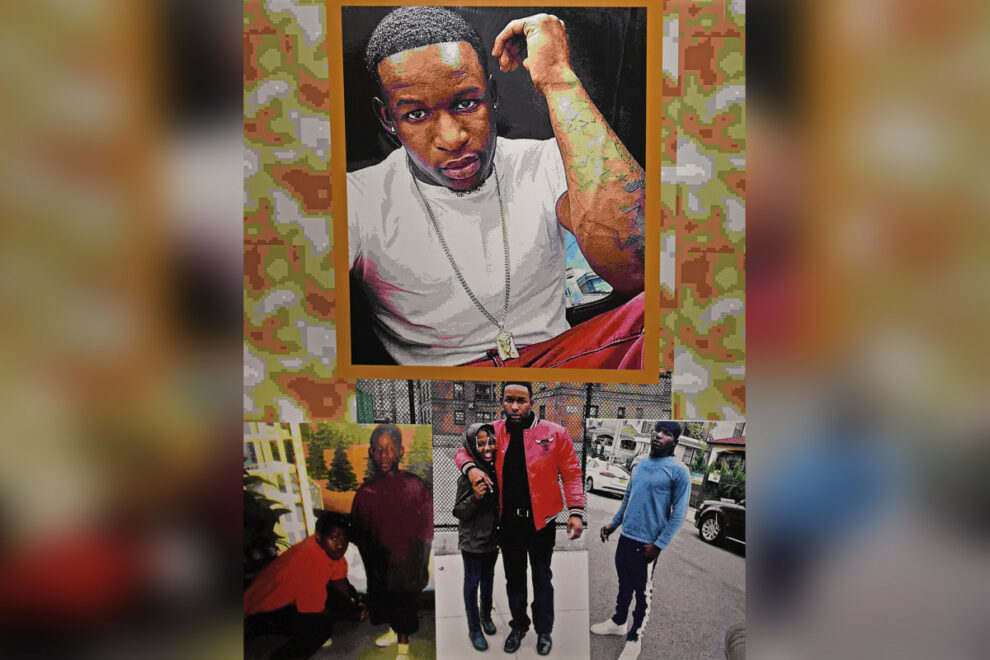 A mother and her son were indicted on murder charges for the fatal shooting of a Queens man, purportedly over $350 in auto work.

Avita Campbell, 38, and her son Raymond Jackson, 22, who is still at large, face murder and other charges for the Sept. 23 killing of Lasaaun Lawrence in Far Rockaway, according to the Queens District Attorney’s Office.

The duo was captured on surveillance video pulling up to Beach 31st St., exiting a white BMW and approaching Lawrence who was in a double-parked car, officials said.

Jackson squeezed off more than a dozen rounds in Lawrence’s direction while his mom, carrying a metal pipe, smashed it against the car’s windshield, shattering the glass, according to prosecutors.

The pair fled the scene but the following month Campbell was pulled over in the same white BMW during a traffic stop, and police allegedly found the gun used in the shooting.

Lawrence had allegedly paid Jackson $350 to do work on his dollar van, according to the slain man’s brother Tasheem Montgomery.

“[Jackson] just didn’t do any work, and my brother went to talk to him about it and this happened,” Montgomery previously told The Post.