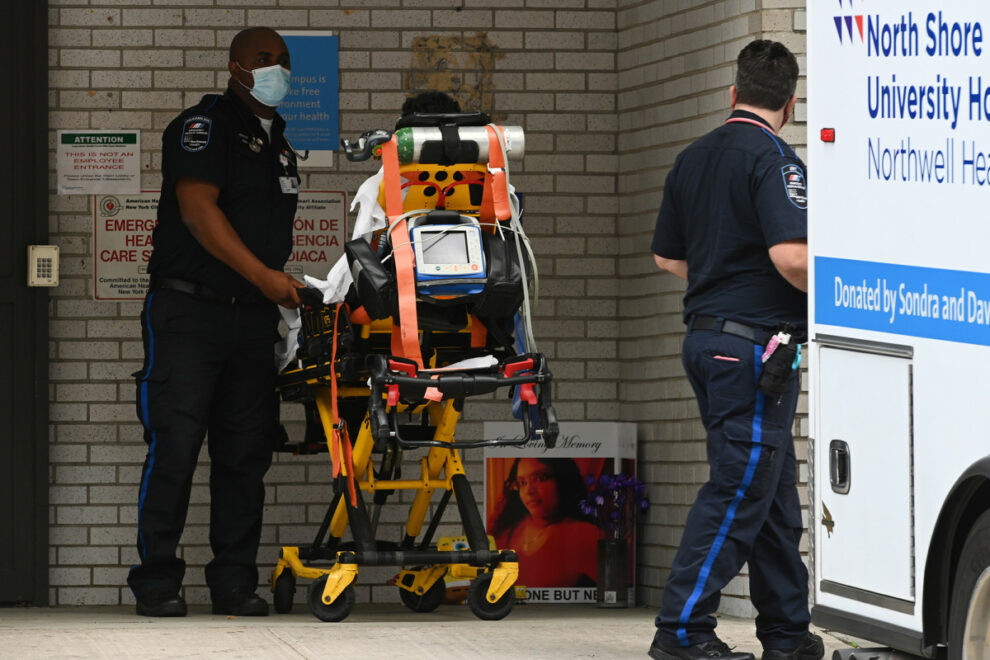 
ALBANY — For the first time in four months, over 1,000 New Yorkers were hospitalized for the coronavirus, according to new state data released on Friday.

The state recorded 1,023 patients hospitalized for the virus on Thursday, the highest level recorded since June 22 when 1,104 New Yorkers were admitted for COVID-19.

The statewide hospitalization figure has steadily increased over the last month and a half, as Sept. 5 marked 410 individuals hospitalized following a decline throughout July and August.

But since that date, the total recorded coronavirus hospital patients continued to climb — nearly doubling a month later to 710 patients on Oct. 5.

Nearly 50 percent of all new hospital admissions over the last two week period was tracked in Brooklyn, Queens, Rockland and Orange counties as well as Upstate counties along the Pennsylvania border.

New York reached a high of 18,000 virus-related hospitalizations in April.

“The experts told us we would see infection rates increase through the fall, and we’ve seen that as cases rise again across the nation,” Cuomo said in a statement, reiterating warnings that viral upticks were likely associated with fall school and college campus reopenings, flu season and indoor gathering increases in general as individuals seek refuge from the cold weather.

“In New York, we are attacking micro-clusters where we see them, and that will be our strategy through this season as we see micro-clusters come and go,” Cuomo said. “Our progress is thanks to the New Yorkers who rose to the occasion and came together like no other community.

“Protecting that progress is going to depend on all of us keeping up that good work to wear our masks, wash our hands, remain socially distant – and stay New York Tough.”

The rising case count got so bad that the DOH announced reinstated portions of the pandemic lockdown on Oct. 6 –– shuttering non-essential businesses and temporarily closing schools again, harkening back to measures taken in early March.

The worst neighborhoods were designated as “red,” “orange” or “yellow” zones, depending on the severity of the uptick.

Protests broke out — namely in the Brooklyn and Queens neighborhoods impacted — over the measures, as members of the Orthodox Jewish community decried slim restrictions on religious gatherings.

This past week Cuomo announced hotspot zones were being reevaluated, and loosened some restrictions in certain neighborhoods as viral rates have lowered and compliance with COVID-19 restrictions such as mask wearing and social distancing has increased.

Compliance enforcement efforts have also continued, as the state Liquor Authority swiped 21 additional liquor licenses of bars and restaurants across the Empire State.

One suspension occurred at a red zone, as SLA inspectors stumbled upon a 100-person wedding reception held at Da Mikelle Palace at 102 Queens Boulevard in Forest Hills on Oct. 21.

Deputies heard music playing inside and entered — although the front lights were off “to give the impression the business was closed,” according to the inspectors’ notes.

People were eating, drinking and dancing sans masks and maintaining six feet of social distancing, in violation of restrictions and the establishment’s 50-person capacity limit.

Eleven New Yorkers died of the virus, out of the DOH’s 25,705 total recorded confirmed virus deaths since March — or 33,396 total confirmed and presumed deaths according to Johns Hopkins University.