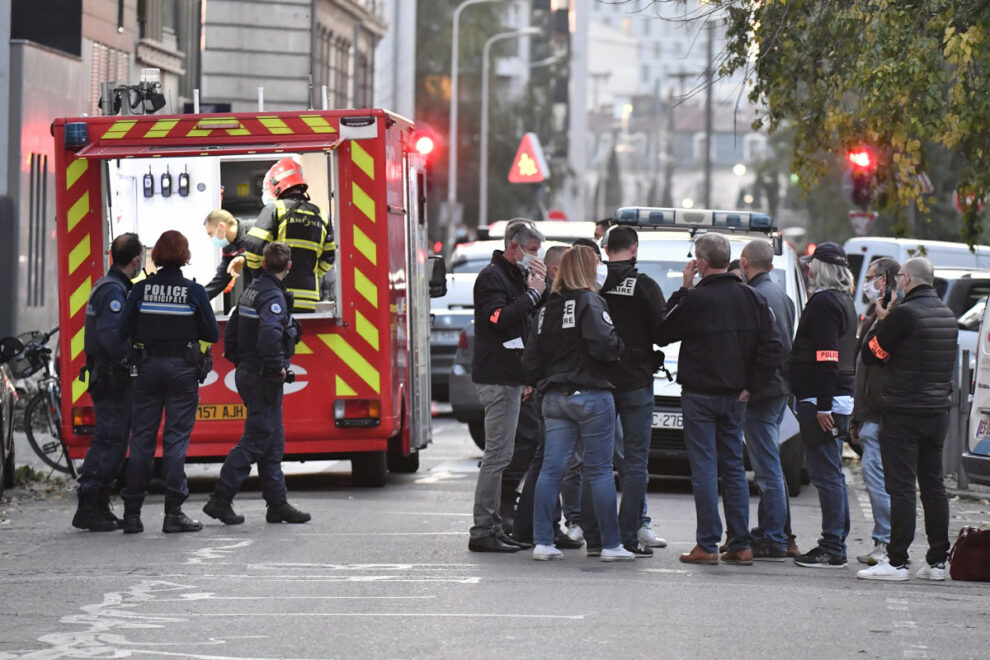 A priest was shot at an Orthodox church in Lyon, France, as he was closing the building Saturday afternoon.

The priest is in critical condition and is being treated at a local hospital, a spokesperson for the national police told ABC News.

The assailant is on the run, the spokesperson said. A police source told AFP news agency that the attacker was armed with a sawed-off shotgun.

The French Interior Ministry tweeted that security and rescue forces were on the scene and had established a security perimeter, asking people to avoid the area.

This attack comes as the nation is on high alert after a series of recent attacks, including a knife attack in Nice on Thursday that saw a woman nearly decapitated and a man beheaded inside a church, and a third victim stabbed several times before she was able to run away. She died of her injuries later. France’s anti-terrorism prosecutor says the Nice attacker, a 20-year-old Tunisian man, was not on the radar of intelligence agencies as a potential threat. The attacker was seriously wounded by police, who fired at least 14 bullets at him, and is being treated in a hospital.

On Oct. 16, a teacher was beheaded outside of Paris. In both of those attacks, the assailants shouted “God is great” in Arabic.

France has the largest population of Muslims in Western Europe, more than 5 million in a nation of 67 million, a legacy of its colonial domination of large swaths of Africa and the Middle East, but the country’s efforts to integrate Muslim immigrants have failed.