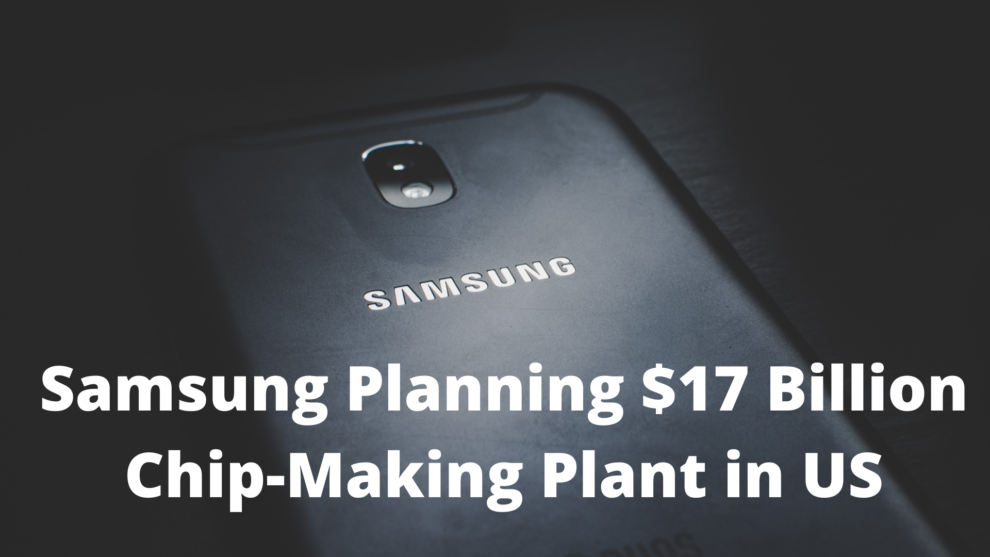 Samsung has filed the documents with Texas state officials depicting “setting up $17 Billion Chip-Making Plant”. Samsung Electronics found Austin, Texas a precise site for establishing the plant. Samsung will get tax benefits of over $805.5 million for 20 years from Travis County and the city of Austin, according to documents.

Samsung mentioned that “If Austin is selected, the company would start to work from the second quarter of the year 2021 and that the plant will become operational in the third quarter of 2023.”

The tech giant added in its documents “This project is highly competitive, and the company is looking at alternative sites in the US including Arizona and New York, as well as abroad in Korea…,”

Google is following Apple’s lead for App Tracking Transparency, but not so rigid

The plant will be constructed in an area of 640-acre (259-hectare) that the company already owns.

Charles E. Schumer, US Senate Majority Leader, called on Samsung to put a plant in his home state of New York.

The leader pledging to work to ensure federal incentives for the facility, which he said are key for the US to compete with China in boosting local chip production.

Intel makes a chip for itself in the US but Taiwan Semiconductor and Samsung produce chips for outside clients as well and thus maintain most of their facility in Taiwan and Korea.

TSMC, which counts Apple among its major customers, last year disclosed plans for a $12 billion chip plant in Arizona expected to come online in 2024.