According to Reports, Several iOS users are facing issues in the working of popular selfie app Snapchat. The iOS program this app is not working and repeatedly closing down for thousands of users.

iOS users are getting a “something went wrong” error message when attempting to access the app. It remains unclear what is causing the app crashes. Android users are safe but iOS users are facing problems.

It left users helpless as the problem is not solved immediately. The company also acknowledged the issue through a tweet.

Snapchat has confirmed the problem and is currently working on a solution. It is a better solution to revert to an older version of the app, if possible.

The Snapchat bug fix has been rolled out and this was revealed by its SVP of Product and later on by the company itself on its Twitter account. The tweet said:

“The issue has been resolved. If you’re still having trouble, please manually update to version 11.34.1.35 in the App Store Thumbs up”.

The problem looks to have been solved. An update to the iPhone and the iPad app was released today through the App Store with the 11.34.0.35 version with genre “bug fixes.”

However, the users need to fix the problem themselves. Under the exclusive reports,  after updating iPhone 12 Mini, to the latest Snapchat version, the problem and the crash message are no longer appearing and they even managed to send a Snap successfully.

So, you need to update your device in order to fix the issue. What does to if your device automatically not downloading the update? This can be done manually. Here is how to fix the Snapchat bug:

Also read: Snapchat Filters Not Working? Here’s How to Fix? 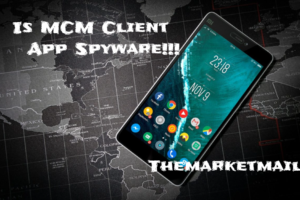