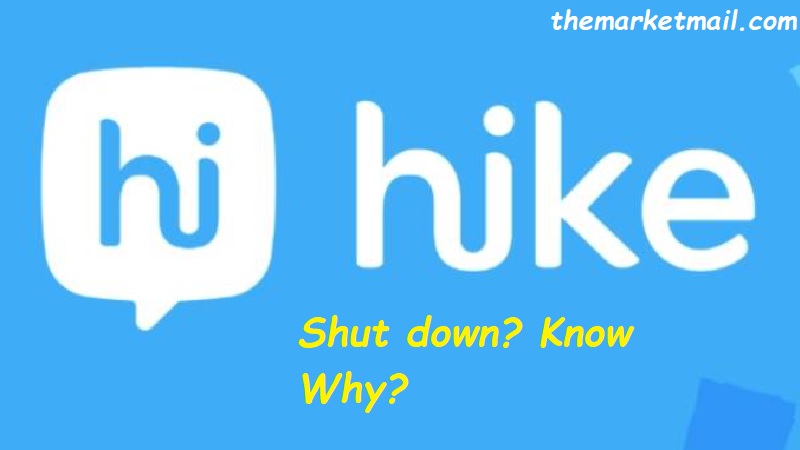 Another instant chat messaging app is shutting down due to backlash faced by Indian citizens. The year when Hike came, its popularity surged and reached new heights. But after some time, it starts falling down because foreign messaging apps like WhatsApp has influenced the citizens globally. Nowadays, you will hardly see a person who is having android phone but is not using instant messaging app WhatsApp. Right?

The Hike is also the another victim of such ignorance by Indian people as it was originally designed for Indian users to communicate through stickers. Initially people installed it but are definitely not accessing it as default app.

The announcement was made recently by CEO of Hike Messenger app, Kevin Bharti Mittal on Twitter on January 6-

“Today we’re announcing that we will be sunsetting Sticker Chat in Jan’21. We thank you all for giving us your trust. We wouldn’t be here without you,”

However, the reason of instant shutting down is not disclosed by the Indian instant messaging app Hike. But one thing about which you can stay rest assured is that you will not lost any data due to such shutdown. In fact, it will be available to download inside the application.

In case you are great fans of using Hike emojis, and will miss them badly then don’t panic readers, there is a good news for you by the developers of the app, what is it, want to know? Then just scroll down.

Hike app is being replaced??

As the brand is all set to replace Hike Messenger with Vibe and Rush. Both these applications will be available for download on both Android and iOS platforms. So all Hike Mojis will accompany you via Vibe and Rush. So you won’t have to worry about it.

How All this surfaced?

On January 6, All Hike app users got an official message which stated that the company is all set to bid a final goodbye to its valuable users on January 14, 2021 at 11:59 PM IST. In case you don’t know, let me tell you that Hike was the first ever app that introduced the concept of calling and video calling , after this many other apps also have incorporate these features into their apps but this definitely was the first time, when the world witnessed the charm of technology even before WhatsApp.

The company also issued a statement –

The app has made the announcement and removed the app from Play Store and App store just few days before WhatsApp started getting backlash from the users all over the world since it has make few amendments in its policies which doesn’t go well with the users and people started protest against it. And started uninstalling it.

What went wrong with Hike?

Mittal dispelled any musings of a what might have been for Hike, saying in a tweet that it would be impossible for any Indian messenger app to compete with the likes of Telegram or Signal.

Found informative? Then don’t forget to spread the word with your near and dear ones.