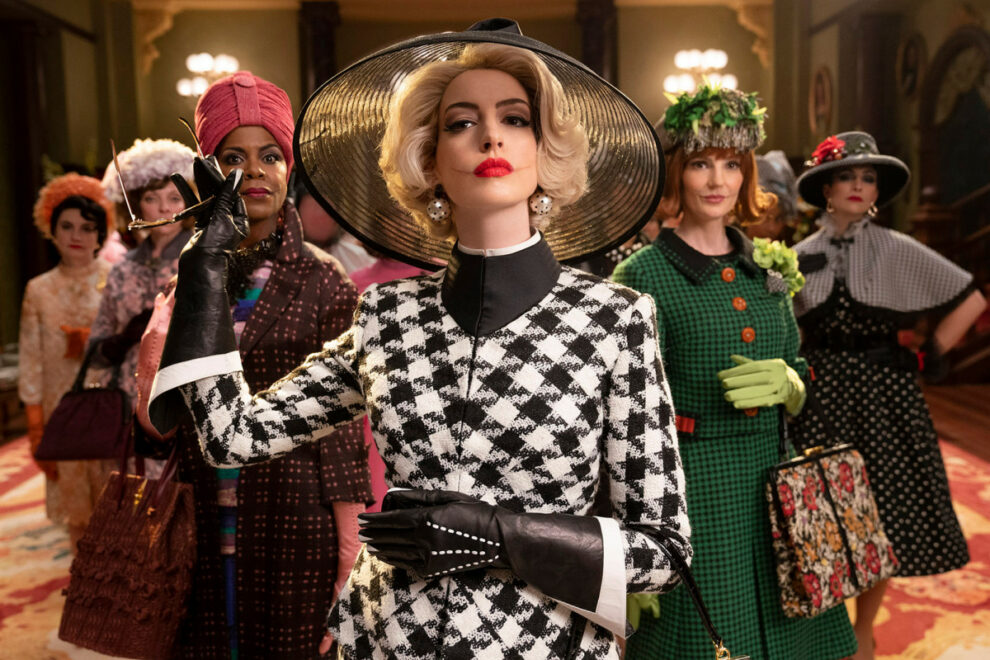 Warner Bros. has apologized about a character’s depiction in the HBO Max movie “The Witches” after backlash from people with disabilities.

Activists targeted the film — directed by Oscar-winner Robert Zemeckis (“Forrest Gump”) — for playing up a “split hand” on the Grand High Witch character, played by Anne Hathaway. On Monday, Paralympian Ammy Marren called out the movie on Twitter.

“Please educate yourself on #LimbDifferences and the support the idea that you are #NotAWitch because you look different!” she wrote. “You can also actively support the limb difference community by using words that describe us as PEOPLE, as it’s not the difference that defines us.”

Marren’s remarks — as well as statements from other groups including the Paralympic Games, which tweeted that “limb difference is not scary” — prompted the response from Warner Bros.

“We the filmmakers and Warner Bros. Pictures are deeply saddened to learn that our depiction of the fictional characters in ‘The Witches’ could upset people with disabilities and regret any offense caused,” the studio said in a statement.

“In adapting the original story, we worked with designers and artists to come up with a new interpretation of the cat-like claws that are described in the book,” the mea culpa continued. “It was never the intention for viewers to feel that the fantastical, non-human creatures were meant to represent them. This film is about the power of kindness and friendship. It is our hope that families and children can enjoy the film and embrace this empowering, love-filled theme.”

The nonprofit Lucky Fin Project — whose Twitter bio says it aims “to raise awareness, support and celebrate those born with symbrachydactyly or limb difference” — also weighed in on the controversy, saying, “The deliberate choice to make Anne Hathaway’s character in the new @wbpictures film #TheWitches limb different in efforts to make her more creepy and sinister is upsetting.”

“The Witches” — which premiered Oct. 22 and also features Octavia Spencer, Stanley Tucci, Kristin Chenoweth, Chris Rock and Jahzir Kadeen Bruno — is a reimagining of the Roald Dahl story about a coven of witches, led by Hathaway’s character. The screenplay was written by Zemeckis and “black-ish” creator Kenya Barris.