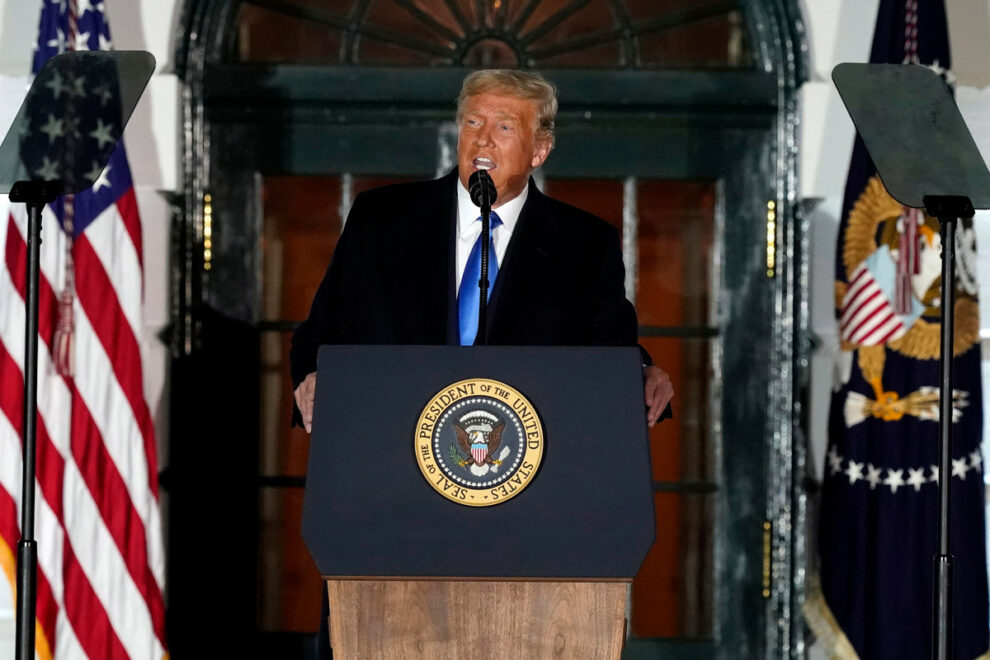 President Trump on Tuesday urged Americans who have already cast their ballot to change their vote for him after the term began trending on Google.

“Strongly Trending (Google) since immediately after the second debate is CAN I CHANGE MY VOTE? This refers changing it to me. The answer in most states is YES. Go do it,” the president said on Twitter. “Most important Election of your life!”

The term, “can I change my vote,” registered a strong uptick on Google Trends from Oct. 11-17, the week The Post published its exposé series about Joe Biden’s alleged involvement in Hunter Biden’s business dealings in Ukraine and China, and continued climbing during the time of the final presidential debate between Trump and former Vice President Joe Biden last week.

The Google searches for “can I change my vote” had the most interest in Arizona, Idaho, Pennsylvania, Florida, and Minnesota.

Its rise was linked to searches for “Hunter Biden” in Google Trends.

An estimated 65 million people have already cast their ballots before the Nov. 3 election.

Some states allow voters who have changed their minds to submit a new ballot, Matthew Weil, director of the Election Project at the Bipartisan Policy Center, told Newsy.

That includes New York, at least for those who mailed in an absentee ballot.

“The Election Law recognizes that plans change,” the state’s Board of Elections says.

“Even if you request or cast and return an absentee ballot, you may still go to the polls and vote in person,” the rules state.

In Arizona, Florida, Idaho and Minnesota residents who voted by mail can vote with a provisional ballot on Election Day. Election officials urge voters to bring ballots not sent in the mail with them to the polling place.

In Pennsylvania, voters can bring their mail-in or absentee ballot with them to the poll to be voided or sign a declaration to be able to vote on Nov. 3.