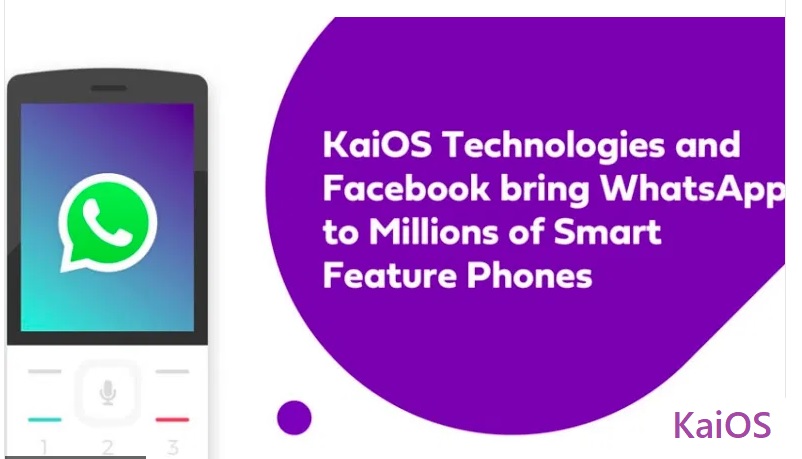 The Facebook-owned company WhatsApp on Tuesday has announced that the WhatsApp voice call feature is now available for Jio phone users and KaiOS based devices all around the world.

The new feature of WhatsApp will work on the Voice over Internet Protocol (VoIP) technology. The users required wifi or mobile data to make WhatsApp calls.

Matt Idema, COO of WhatsApp, has made the statement:

“People are relying on WhatsApp now more than ever to communicate and stay in touch with their loved ones. We want to support communities that are on lighter operating systems in many places around the world. Bringing WhatsApp voice calls to KaiOS-enabled devices helps us connect the world privately through a service that is simple, reliable, and accessible to everyone – no matter what kind of mobile device they’re using”.

To get Voice calling feature on their smart devices, Users need to download WhatsApp version 2.2110.41 on their Jio Phone and other KaiOS devices.

KaiOS was launched in 2019. WhatsApp for Jio phone users was rolled out in 2018. But the Jio phone users can only chat, share media files or send voice messages to each other.

Facebook-owned WhatsApp found that there are millions of users that use phones based on KaiOS technology. So WhatsApp joins hands with KaiOS technologies and enables the Voice Calling feature for Jio phone users too.

Talking about working with WhatsApp, the CEO of KaiOS Technologies said:

Together with WhatsApp, we are taking another significant step towards the goal to make essential, useful services accessible for everyone, including underserved communities, seniors looking for simple devices and those using KaiOS devices as a companion phone. Now with the voice calling feature, users can easily place a call anytime anywhere in a cost-effective way.”

This voice calling feature will definitely benefit millions of users, as they won’t need to recharge for calling. Users can now spend their money to buy Internet packages.

Recently, WhatsApp has introduced voice calls through its Windows and Mac apps only in March this year.