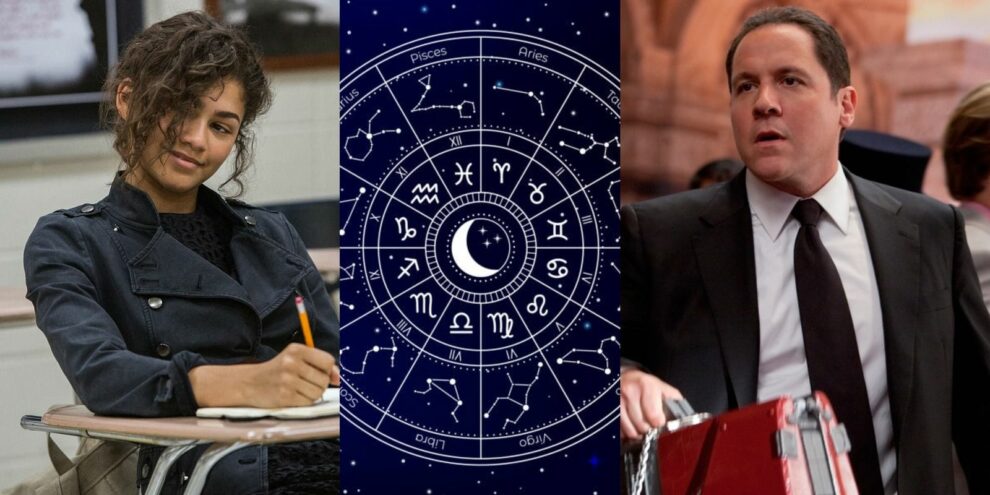 
The newest Spider-Man franchise has definitely been making waves, and fans can’t get enough of Tom Holland’s Peter Parker and the rest of the fun and dynamic characters that this installment has brought to the big screen. With two movies already out, there’s a lot of villains, heroes, and sidekicks to get to know in the Marvel Cinematic Universe.

Maybe some can relate to the web-slinger himself, but which character are fans actually most like? It’s time to dive into astrology, and figure out which zodiac sign this lovable crew represents – and what this means for fans who can see themselves in the characters.

Updated on July 27th, 2021 by Amanda Bruce: While fans eagerly anticipate more adventures with Spiderman characters in the MCU, the movies featuring the character are ripe for rewatching. Fans might notice new details and find themselves drawn to new characters every time. That’s what makes looking at the cast of characters through the lens of the zodiac so interesting.

There’s nothing more exciting about the Spider-Man movie series than the fact that it ALSO includes Iron-Man. Tony Stark (Robert Downey Jr.) is one lovable and hilarious character, and he represents this fire sign well. An Aries is courageous, passionate, and totally confident.

They can also be a little moody, and just like Tony, they’re a bit impulsive. Tony is always making fast decisions, and that’s why he warns Peter to not be totally like him. Any Aries can relate to Tony Stark.

Zendaya is making huge waves in Hollywood recently, and Spider-Man’s MJ definitely contributed to that. MJ is stubborn and reserved, but like a true Taurus, she’s also totally reliable, practical, and free-spirited.

Michelle likes simple pleasures, and she isn’t about tradition or institution. This is the best kind of friend to have, and this earth sign is down to earth while still being totally realistic and brilliant – just like Michelle.

Ned is a fun-loving, loyal best friend. He’s a true Gemini, which is known for having two sides to them. On one hand, Ned is curious, adaptable, and sociable. On the other, he can be quick to panic.

RELATED: Spider-Man: Homecoming Characters Ranked From Least To Most Likely To Win The Hunger Games

However, he’s always quick-witted and totally extroverted, and Ned is really hard not to love. This air sign is affectionate and friendly, and that’s what all fans love about Ned. If fans are a Gemini, they might love him even more.

Pepper also makes an appearance in the MCU Spider-Man movies, and everyone already knows and loves this determined, caring, and mature character. Like a Cancer, Pepper Potts is as loyal as they come, and she’s ambitious and persistent.

They’re also a sign that’s known for leading with their emotions, and Pepper is definitely the heart and soul when it comes down to it. This sensitive character has a heart of gold, but she’s also super ambitious and smart.

Mysterio is the big villain in Spider-Man: Far From Home, and fans get to know Quentin Beck before they get to know the villain behind the façade. From start to finish, though, Quentin is a Leo.

This fire sign is known for being a leader – and Quentin Beck proves how great he is at leading, with his charisma, passion, and brilliance. They’re also dominant and confident, but can be slightly arrogant and self-centered at times. Quentin Beck is the best of this sign and the worst, and is the dramatic lion that every Leo can be.

May Parker is lovable, friendly, and smart as a whip. This earth sign is often misunderstood, as they can be super social and kind, while also being analytical and practical. May checks off all these boxes.

She’s free-spirited and loyal to a fault, but she’s also super hardworking and intelligent. She’s a great mother figure, and fans can’t help but love and admire her. She leads with both her heart and her brain, just like a real Virgo.

Liz is Peter’s crush, and rightfully so. She’s smart, kind, mature, and friendly. Like any Libra, Liz cares about fairness, social relationships, and kindness. Libras like being around people and are likely to be popular.

This character is super loveable, just like Libras. They’re gracious individuals that don’t like conflict, and they always care about being gentle and kind. Liz is a catch and represents Libras well. Fans of the movies are waiting for the MCU news that announces a return to the franchise for the character.

The villain of Spider-Man: Homecoming is the vulture, and Michael Keaton’s Adrian Toomes is a dynamic and intriguing one to follow. Scorpios are extremely passionate people, and they know how to use all the tools at their disposal.

They’re loyal to those they love, and they’re stubborn and brave. Of course, they can also be secretive. Adrian shows all of these traits, making him the perfect Scorpio.

Astrology enthusiasts continue to debate whether Ophiuchus has any place in the zodiac at all. As its constellation is visible between Scorpio and Sagittarius, it has traits from both signs.

That’s perfect for Flash Thompson. The rival of Peter Parker has the aggression and passion of a Scorpio, but the curiosity and interest in learning of a Sagittarius. He truly embodies the middle ground from both signs for the MCU.

Fans who are born under the Sagittarius sign might just relate a lot to Spider-Man himself. This sign is known for being extremely curious and bursting with energy. They’re funny, kind, and selfless, and they approach everything with enthusiasm.

RELATED: Spider-Man: Far From Home – Ranking Each Character Based On Likability

Peter is always looking to help someone or learn something new, and this generous character is also extremely optimistic – just like a true Sagittarius. This fire sign is one of the most lovable, just like Peter Parker is.

Betty Brant is an interesting gal, and she’s definitely one of the smartest at their high school. She’s also loyal, mature, and all about work and school. Capricorns are the hardest-working of them all.

There’s no one more lovable than Happy Hogan, and it’s probably because he’s an Aquarius. This air sign can be a bit shy, but they’re also really energetic and outspoken when they’re with people they’re comfortable around.

Like Happy, an Aquarius is super intelligent, and they’re really all about helping others. They’re progressive thinkers with big hearts, and they’re great at problem-solving. Of course, Happy has a lot on his plate, but he’s still totally kind.

Mr. Harrington is one of the most wholesome characters in the Spiderman series, and any Pisces should feel happy to have some similarities to him. This zodiac sign is friendly, probably the most of them all, and they’re super compassionate and gentle people.

This teacher cares deeply about his students, and he has a quirky and fun-loving attitude that makes him really easy to like. A Pisces is also smart, intuitive, and selfless. This character should make any Pisces proud.

NEXT: 10 Non-Marvel Movies To Watch If Your Favorite Characters Is Spider-Man


Next
10 Best Comedy War Movies, Ranked According To IMDb

I just graduated university with Criminology & Psychology, but have a burning side passion for film! I am an avid reader, writer, and film-goer, and I love learning about movies, actors, directors, and sharing my passion and knowledge with others.
I am a List Writer for ScreenRant, and love being a part of a film community where we all share the same passions.

Why Fans Don’t Like Britini, Brent, & Derek F
Protections for consumers in the crypto trading market