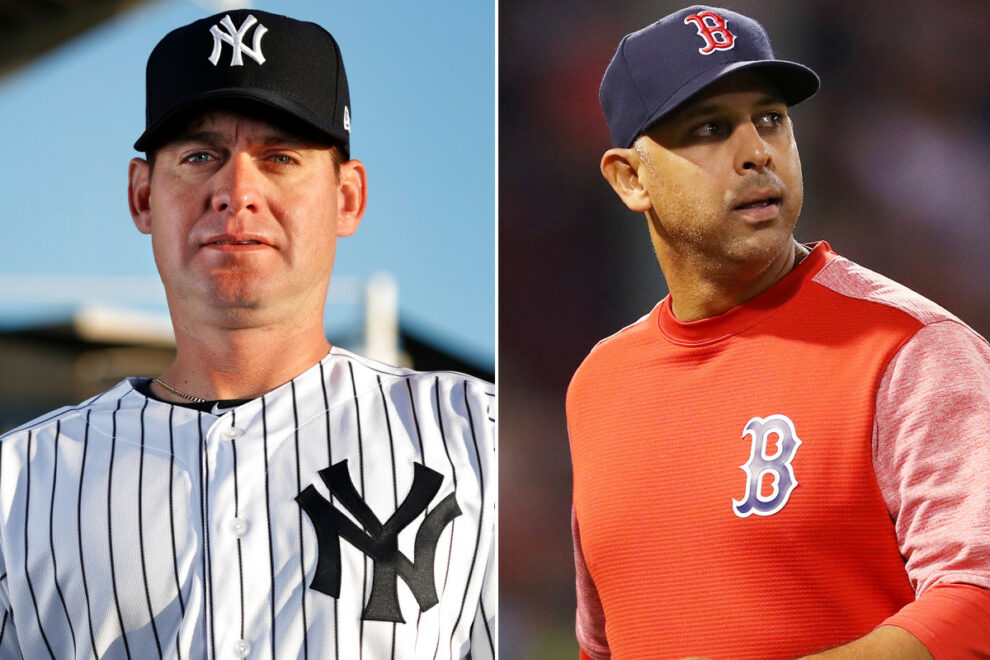 Carlos Mendoza talked to the Tigers about the manager’s job that went to A.J. Hinch.

Now, the Yankees’ bench coach is still in the race to manage the Red Sox after interviewing with the club for a second time. The first interview was virtual; the second in person.

Hinch was the favorite the moment Ron Gardenhire announced his retirement late in the season and the former Astros’ manager was named the Tigers’ manager shortly after his one-year suspension ended following Game 6 of the World Series.

A similar situation surrounds Alex Cora, who was Hinch’s bench coach in Houston and led the Red Sox to a World Series title in 2018, his first year managing in Boston. Like Hinch, Cora was suspended by MLB for the 2020 season due to the Astros’ 2017 sign-stealing scheme. There are many voices in the Red Sox organization who endorse Cora’s return, but GM Chaim Bloom and Cora need to meet to find out if it can work between them.

The Red Sox fired Ron Roenicke, who replaced Cora, in September. Cora and the team had parted ways in mid-January.

Should Mendoza land the Red Sox job, it would create a void on Aaron Boone’s coaching staff. Phil Nevin, who has minor league managerial experience and like Mendoza and Yankees hitting coach Marcus Thames interviewed for the Tigers managing job, could be shifted from third base to bench coach. That would leave the Yankees looking for a third base coach.

Mendoza, who turns 41 this month, was elevated from quality control and infield coach to Boone’s bench coach following the 2019 season, when other teams were interested in hiring him.

Mendoza has two years of minor league managing experience in the low levels of the Yankees’ system. He also has managed two seasons in the Arizona Fall League.

This past season was Mendoza’s 12th straight with the Yankees’ organization.

Mendoza spent 13 years in the minors playing for the Giants, Yankees and independent Pensacola. His last season playing was 2009 with Triple-A Scranton/Wilkes-Barre and Double-A Trenton. Later that year, he was named a coach at Staten Island (Short Season-A).