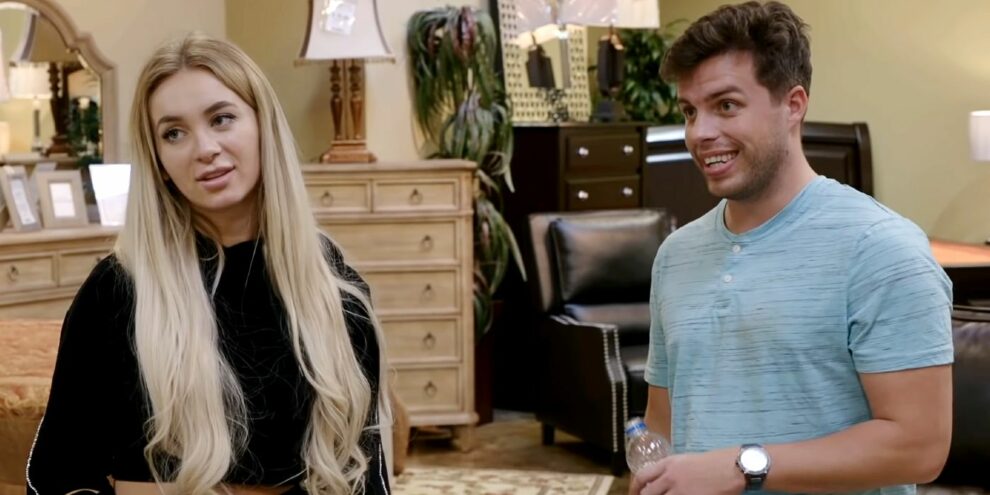 
Yara Zaya told 90 Day Fiancé fans that her neighbor doesn’t respond to her greetings. But the neighbor is very friendly with her husband Jovi Dufren.

Yara Zaya has many 90 Day Fiancé supporters on social media, but it seems like her neighbor isn’t a big fan of hers. In fact, her neighbor treats Yara and Jovi Dufren very differently. Yara first graced the small screen when she was featured on 90 Day Fiancé season 8 alongside Jovi. Many fans loved her fashion sense and supported most of her controversial actions on-screen and off-screen. Usually, fans don’t appreciate if any TLC star undergoes plastic surgery to alter their physical appearance, but Yara got compliments for her new nose and bigger lips.

After garnering over 360,000 followers on Instagram, Yara Zaya has now started getting a lot of criticism on social media. For one, she was called immature and unappreciative when she got emotional after Jovi said he needed to leave for work earlier than scheduled. The new mommy Yara Zaya was also called careless for contracting COVID-19 and partying in New Orleans when Mylah was just a few months old. Most recently, she was accused of being ungrateful because she treated Jovi’s precious mother, Gwen, in a rude way.

It seems like Yara and Jovi’s neighbor also watches 90 Day Fiancé and thinks that the Ukrainian native is demanding. Yara recently posted a video on her Instagram explaining how her neighbor never responds to her greetings. Whenever Yara waves or says hi, the neighbor turns her head away. However, she is quite friendly with Jovi, often asking how he is and even showing him her house. The 27-year-old beauty Yara Zaya confirmed that her neighbor watches the show, and she could be team Jovi and not team Yara. That particular video was captured by the Instagram account @90dayfiancefanatics2.

Recently, Yara tried to talk with the neighbor’s daughter in the supermarket. But she again failed to impress. A few fans tried to cheer Yara up by saying that they love her and she shouldn’t pay attention to her rude neighbor. But, others think that Jovi’s wife has earned this reputation. A critic said, “Maybe it’s because of how you treat people Jovi loves.” Another one commented, “Well, a lot of people see how you are materialistic and rude.” Someone else mentioned, “They all see how you are and don’t want anything to do with you.“

Well, the 90 Day Fiancé celeb should stop trying to impress her neighbor because it seems like she has already made up her mind. The neighbor may be one of those viewers who think that Yara is mean. Moreover, it’s probably a good thing that Yara has not shown her mother on the show. She feels that some 90 Day Fiancé fans could write negative comments about her mother, who has a heart problem.

Neha Nathani is a Reality TV writer at Screen Rant, and she loves it! She has always been passionate about telling and writing stories. But when she isn’t writing, she plays with her cats or tries some new dance moves.